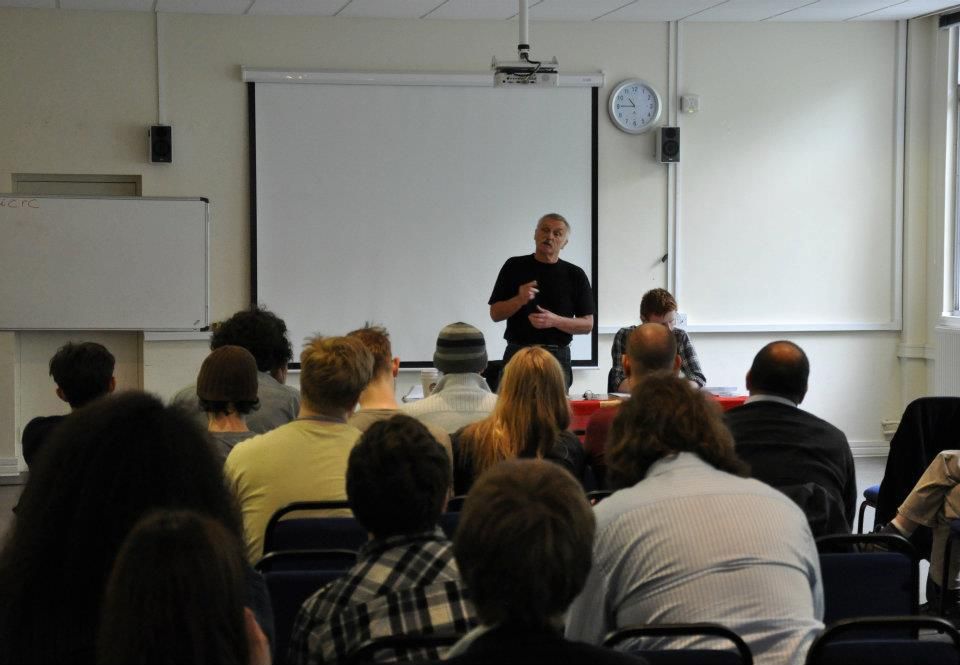 Over the Weekend of 15th-17th June the second ever Marxist Summer School, hosted by the University of London Union Marxist Society, took place. The event was a resounding success, building on the experience of the previous year, with up to 100 in attendance. Because we managed to pack in so many discussions, we were able to cover a lot of ground and go into detail in a way that is not normally possible.

The school kicked off with an opening rally on the Euro crisis in which we watched a new film about the crisis in Greece, listened to Greek Marxist and editorial board member of Greek socialist newspaper Epanastasi (Revolution) speak about the perspectives for the class struggle in Greece. Gerry Ruddy, Irish Marxist and editor of The Red Plough, also spoke on the crisis in Ireland, and Fred Weston, editor of www.marxist.com, spoke on the general situation in Europe.

Things got started very early on Saturday so that we could find time for the 7 sessions planned. We managed this by having three lots of parallel sessions, beginning with "Why does Capitalism enter into Crisis" alongside "The Miners' Strike 84-85", followed by "The History of the Class Struggle in Greece" and "China: The Long March to Power 1927-49", and ending with "Republicanism or Revolution: Facing up to the failures of the past" or "Marxism and Science". 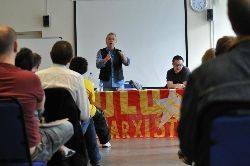 Gerry Ruddy - Irish MarxistAll these sessions were very interesting, and we think that the mix of topics was very good. 6th Form student Ruth O’Sullivan highlighted the session on Ireland, saying “I found the talk on Republicanism or Revolution in Ireland by Gerry Ruddy really engaging. As someone of Irish origin it’s something I’d always been interested in but, as with most third generation Irish immigrants in London, I knew nothing about. To get some insight on a long running struggle such as that was not only important for my political understanding but also my personal understanding of my family’s history.” 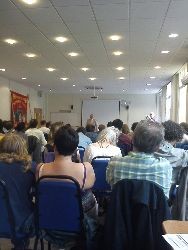 Ken Capstick speaking on the Miners StrikeBut the highlight of the day was surely the finishing plenary, which was on the class struggle in Britain in 1972, a momentous year, the events of which have many lessons for the unfolding struggle in Britain today, which we believe will attain a higher degree of intensity even than that of 1972. Members of the Justice for Shrewsbury Pickets campaign spoke, and a video on their struggle was shown. Then Ken Capstick, former vice-president of Yorkshire National Union of Miners during the great Miners Strike of 1984-5, delivered an incredibly morale boosting speech. Fellow 6th Form student Mordecai Paechter had this to say,

“Ken Capstick's speech on the 1984 Miners' Strike was one of the most brilliant I have heard in my time with ULU Marxists. He told us - from the perspective of a participant - of the heroic fight undertaken by the brave men and women as they struggled to protect their jobs and communities against the Thatcherites. It was also very moving to celebrate the strength and fortitude of the Miners' wives and families, who organised support networks and fundraising for the striking heroes. By linking this fight to the militant Miners' current battle in Spain, he reminded us that the fight is never over.

“This message was reinforced by Comrade Chris Herriot's contribution to the discussion. He had grown up - like me - believing that he'd missed all the good fights. 1926, the Spanish Civil War, WWII, the Revolutions of '68, and the 1972 Miners' Strike had passed when he was either too young to participate, or not yet born at all. But then came 1984, and he found himself at the forefront of the struggle. I found this very moving because these regrets of being born at the wrong time are something I know too well. Like those of Chris, they are baseless. The heroes of '84 stood on the shoulders of those of '72, and together on nearly two centuries of proletarian struggle. Chris's contribution reminded me that it is my generation that shall have the honour of sweeping away the capitalist system. When we claim our victory, it will be not only for ourselves, but for our fallen Comrades also.

Following a tiring day and exhilarating final session, we retired to the bar downstairs to continue discussing.

“The lead-off and discussion that followed was of great excitement, diving into the history of man and seeing that it was the hand that developed the brain, not vice versa, this is not just an abstract theory but something with much evidence to back it up. Once this was discussed it led us to have a better comprehension of how culture was formed and the eventual rise of homosapien.

“Studying Marxism not only involves having a greater understanding of economics but demands you to question everything around you, this is where Marxism really comes into its own and the more than interesting talk by John Pickard is just the start.”

Marxism is not a dogma but something which must be constantly refreshed with new experience, new analysis of events as they unfold. It is a scientific method. And the ranks of Marxism are constantly renewed as the crises of capitalism and the reemergence of the class struggle demonstrate its validity and the need for a theory that can explain all this and point the way forward. That is why there were so many young people participating in the event. What must be pointed out is the confidence, optimism and political clarity of the contributions they made.

This was a fantastic event. It is rare to have so many excellent theoretical discussions in one weekend. New participant Kasia Najbor summed it up with her enthusiasm,

“It was a great event. The event that helped me to think of my own country, its people, its past and myself as part of it in a totally different light. It enabled me to question many, many myths to which I had been exposed whilst living there (and even now) - in Poland. Starting from the very concept- 'Communism'! the sessions made me realize that what is perceived as 'Communism' in Poland has nothing to do with Marx’ and Engel's vision. I could talk and talk...but perhaps I will save it for our future discussions.”