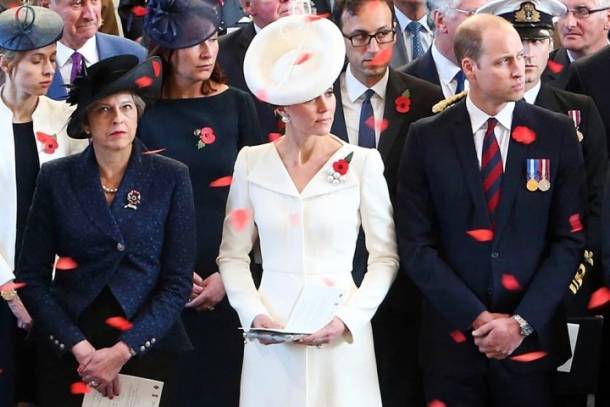 11 November this year marks the centenary of the end of the First World War. This is known as Armistice Day, or Remembrance Sunday, in which Britain officially commemorates the service of British military personnel in the two world wars and all subsequent ones. The British establishment are going into overdrive to whip up a mood of 'patriotism'.

Given that it is called ‘Remembrance Sunday’, one would imagine that this event should serve to help us remember and educate new generations on the horrors of war and the events of WWI. In reality, this annual event and its surrounding culture and propaganda do the exact opposite, burying the real lessons of history beneath a mountain of reactionary British nationalism. But the real lesson to remember is that capitalism equals war.

The latest example, as it so often seems to, involves a footballer refusing to wear the poppy: the established symbol of remembrance.

James McClean, an Irish footballer from Derry playing for Stoke City, has publicly and very respectfully explained why he chooses not to wear the poppy. This is because it commemorates all British soldiers and their actions, including the Bloody Sunday massacre of 1972 in his hometown of Derry. British soldiers shot 28 unarmed civilians on a peaceful protest, killing 14. In fact, six of those killed were from the very estate he grew up on. 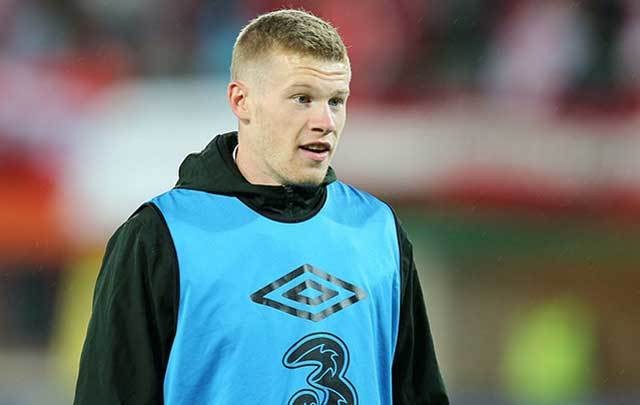 James McClean, an Irish footballer, refused to wear the poppy due to the actions of British troops in Derry / Image: Flickr, Tiocfaidh ár lá 1916

Despite McClean’s lucid and respectful explanation, every year he suffers a torrent of rabid and racist abuse at the hands of football hooligans. This year was no different. After posting on Instagram a forthright self defence, in which he quite rightly called his abusers ‘uneducated cavemen’, it was announced that his comment is being investigated by the Football Association (FA) and that he was being given an official warning!

In a frustrated reply, the footballer said: "the FA are investigating me after Saturday's event – for what, exactly?

"...week in, week out for the past seven years, I get constant sectarian abuse, death threats, objects being thrown, chanting which is heard loud and clear every week which my family, wife and kids have to listen to, [the FA] turn a blind eye and not a single word or condemnation of any sort.”

This case is typical of the ‘patriotic’ hysteria poppy wearing has come to represent. Despite all the noise, there is absolutely no understanding of – nor any encouragement to understand – what these wars Britain fought in were really about. James McClean doesn’t wear a poppy because of Bloody Sunday. But one could choose not to wear the poppy for countless other reasons.

WWI, the horrors of which are the reason we have Remembrance Sunday, would itself be a very good reason. This was an entirely reactionary, imperialist war that directly caused 16 million deaths. Britain and the other major powers caused this carnage, and for no other reason than the furtherance of their own imperialist interests.

Remembrance Sunday takes place on the Sunday nearest to Armistice Day: the anniversary of the end of WWI. But why did WWI end on that day? It's curious that we are never told this, especially given that Remembrance Sunday’s whole purpose should be to remember this specific event. 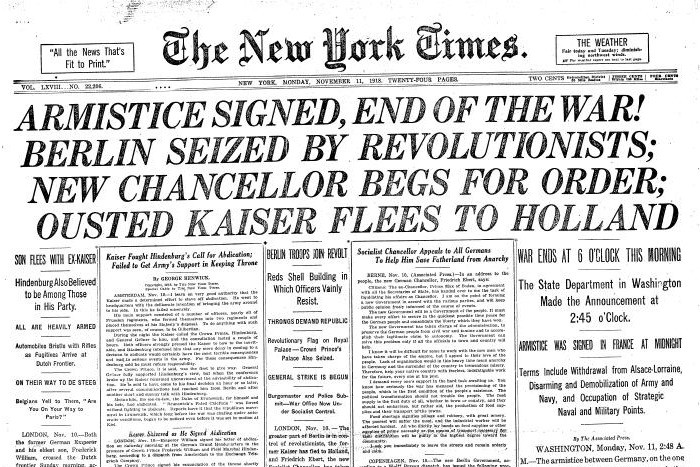 The ‘great slaughter’ was brought to an end in November 1918 by a revolution in Germany / Image: public domain

There is a good reason: the ‘great slaughter’ was brought to an end in November 1918 by a revolution in Germany. One year before that, Russia’s involvement in the war was also brought to an end by revolution. And a similar revolutionary mood swept across Europe (including in Britain), as workers experienced first hand the barbarism of this imperialist war.

The true meaning of ‘lest we forget’, therefore, must be that imperialist war is a horror we can only bring to an end through revolution. Perhaps the fact we have not had one in Britain since Remembrance Sunday started is the reason the British establishment keeps participating in imperialist wars that destroy the lives of Iraqis and Afghans – and indeed of British soldiers.

Despite the prominence of the Poppy Appeal, British veterans are treated appallingly. It is thought that about 13,000 of them are homeless and struggling with post traumatic stress disorder. This figure is thought to be a record high, while the insistence that we all wear a poppy has only grown.

Murphy James, who works for the Windsor Homeless Project, told The Sunday People:

“Typically, two in ten [rough sleepers] at any one time will be former military. They may not necessarily have just left the military, but that is where they developed their mental health issue which led to them being homeless.

"The problem is that the government aren't doing nearly enough to help. They haven't done anything and whatever they have done amounts only to lip service.

"They've been making cuts to mental health services and that's the crux of the problem in this country."

Such is the hysteria around poppy wearing that an opinion poll has shown that one in three aged under 25 will not wear a poppy because they feel ‘bullied’ into supporting the Poppy Appeal. One in five will also not do so because they feel it ‘glorifies war’. The leftward radicalisation of young people has clearly produced a very healthy anti-imperialist attitude. 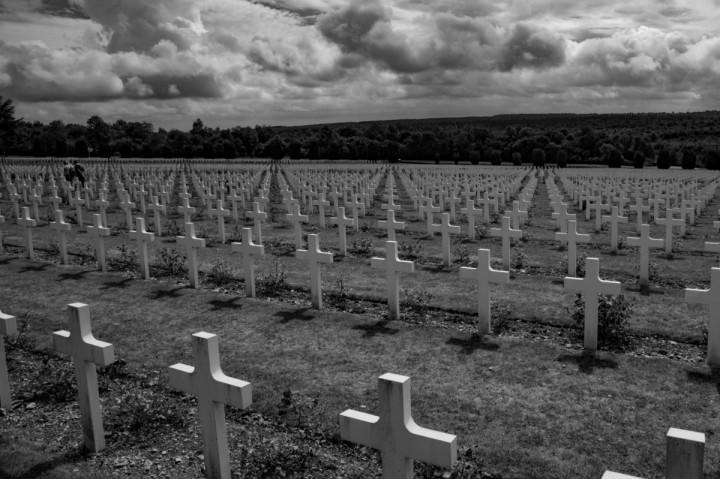 If we want to honour the millions of victims of Britain’s wars, we must make sure they didn’t die in vain. That means ending war by ending capitalism / Image: public domain

If we want to honour the millions of victims of Britain’s wars – both British and non-British – we must make sure they didn’t die in vain. That means we must learn the real lessons of these wars. And that means ending war by ending capitalism.

Capitalism’s continued existence since 1918 has been a travesty that has produced an endless series of wars: WWII, the Korean War, the Vietnam War, the war in Afghanistan, the Iraq War, and many others.

The British establishment will keep on producing veterans in need of charity and remembrance until capitalism and imperialism are overthrown by the working class. The hysteria surrounding the Poppy Appeal serves the exact opposite end by glorifying British imperialism.