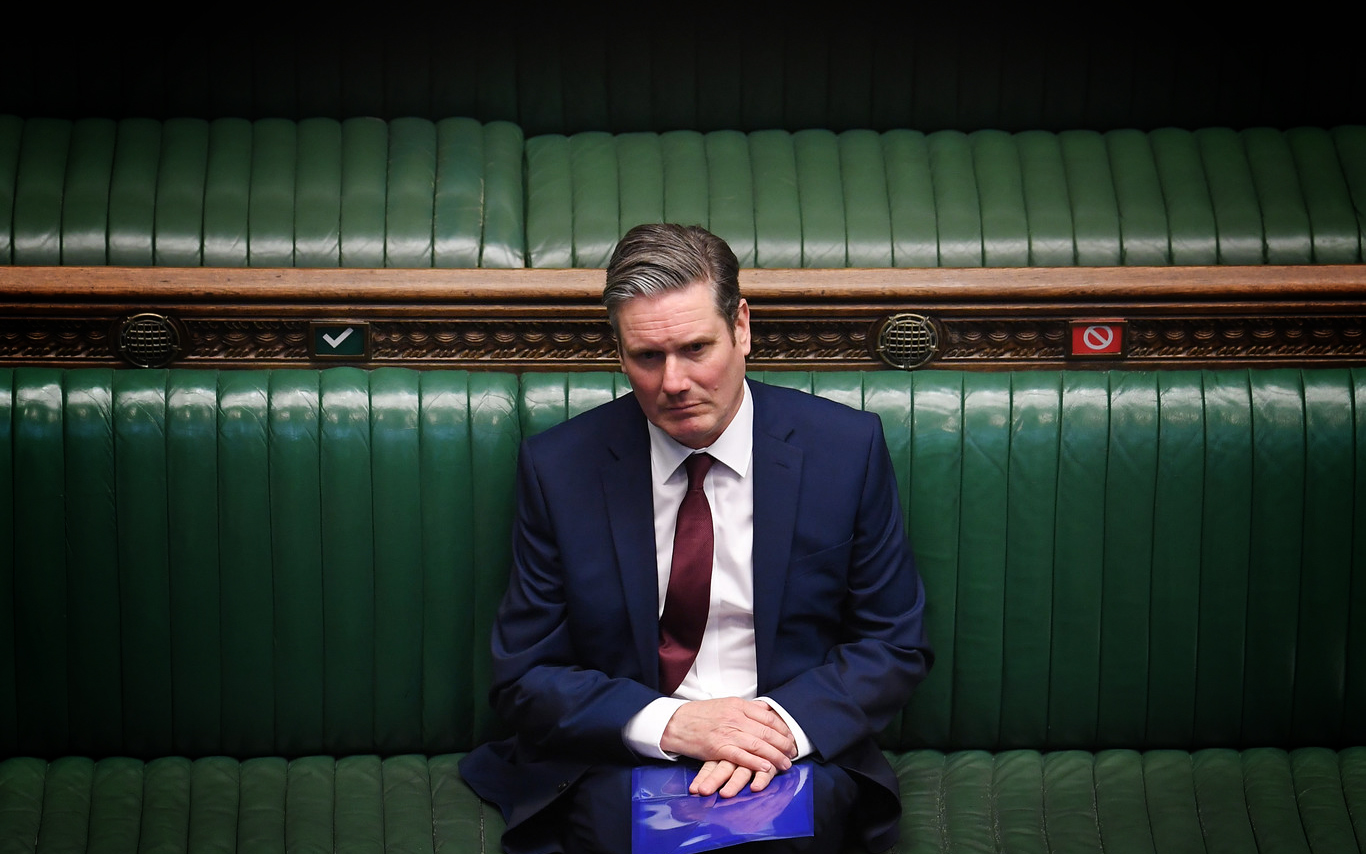 The results of yesterday’s elections are a catastrophe for Labour. The blame for this lies entirely with Starmer and the right wing. We need a new leadership. No confidence in Starmer! Fight the Tories with socialist policies!

The Labour Party under ‘Sir’ Keir Starmer has suffered an excruciating defeat in the Hartlepool by-election – a once rock-solid Labour seat. This is a town where it was once said that people would “weigh Labour votes, not count them”.

Incredibly, this seat of Hartlepool was won by the Tories with a 16-point swing, yielding a Tory majority of almost 7,000 votes.

This was the biggest percentage increase in a governing party's share of the vote in any post-war Westminster election, up by a massive 23 percentage points!

Labour was humiliatingly reduced to 29% of the vote. This represents an unprecedented political earthquake. It is a political rout for the Labour Party – one not seen in living memory.

The Hartlepool constituency has been held by the Labour Party ever since its creation in 1964. This defeat represents a shattering blow. 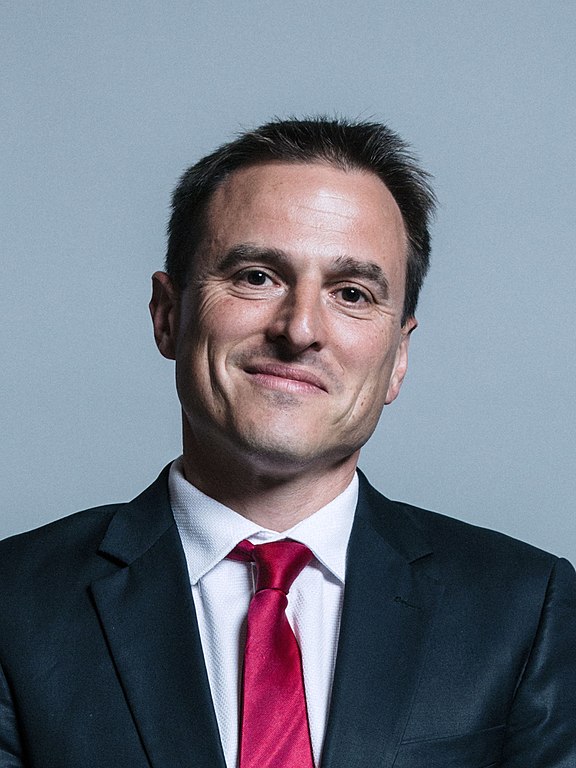 Such was the humiliation for Labour’s candidate – right-winger Dr Paul Williams – that he rushed out of the election count by the back door and whisked off. He made no comment when asked if he had anything to say on the matter.

Average wages in Hartlepool are much lower in real terms after a decade of Tory governments. And yet, despite this, the Tories took the seat from Labour.

How was this possible? We have to speak clearly. The blame for this debacle lies squarely on Starmer and the whole Labour leadership, who have sought to drive the party to the right.

The Labour right wing have worked to make the party ‘safe for capitalism’. But in doing so, they have betrayed the working class and lost their support.

No wonder that many working-class voters in Hartlepool either deserted Labour or abstained. No wonder the turnout was only 43%, the lowest for years.

Under Starmer’s leadership, the Labour Party has had nothing to offer these voters but platitudes and contempt.

To begin with, the Starmer leadership arrogantly imposed Paul Williams – a former right-wing MP and a prominent Remain supporter – as their candidate in Hartlepool: a town that voted 70% for Brexit in 2016.

As expected, this went down like a lead balloon among traditional Labour voters. 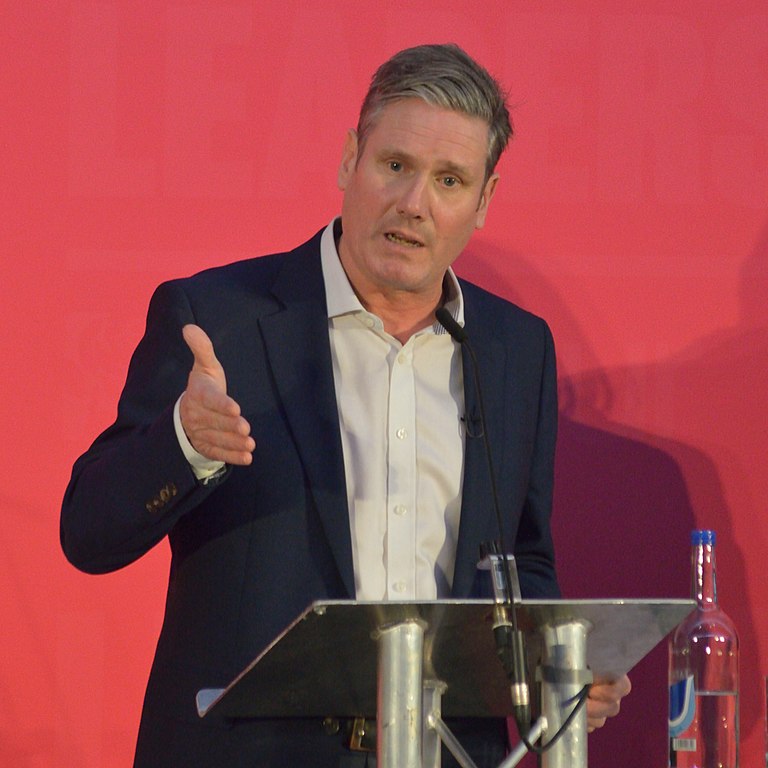 The right-wing Labour Leader, Keir Starmer, had the gall to try and blame the defeat on Corbyn / Image: Rwendland

Of course, Starmer has tried to cover his backside for this defeat by talking about Labour’s “mountain to climb” after the 2019 general election defeat. In other words, he has tried to pin the blame on Corbyn!

But let us not forget that it was Keir Starmer, as Labour’s Brexit spokesman, who constantly pushed the need for a second referendum, in order to tear up the 2016 decision.

It was this fact, together with the attacks on Corbyn by the majority of the Parliamentary Labour Party, that contributed to Labour’s defeat in 2019.

Reap what you sow

Corbyn’s policies were in fact very popular, as the recent CWU poll of voters in Hartlepool demonstrated. That was the reason why Labour did extremely well in the 2017 general election – in Hartlepool and across the country.

Now, having poured bucketfuls of scorn and malice on the Corbyn leadership, day-in and day-out for five years, Labour’s right wing have reaped the rewards of their stewardship.

As CWU general secretary Dave Ward correctly asserted, Labour is “on the brink of irrelevance” under Starmer.

All the conditions should have been in Labour’s favour, however. What better time could you want to inflict a bloody nose on Boris Johnson and the Tories? This criminal government is responsible for more than 150,000 deaths to date.

Hardly a day goes by without some allegation of sleaze and corruption at the very top of government. Things could not have been more favourable for Labour. And yet, Starmer and his “new management” have failed abysmally.

Not only was Labour humiliated in Hartlepool, but also in a string of council seats across the country – including in Sheffield, Dudley, Harlow, and Northumberland. By contrast, even the Greens, presenting themselves as an anti-austerity party, made gains.

According to Blairite Anas Sarwar, the new Scottish Labour leader, both he and Starmer were “building a credible alternative”. What a joke!

We are going backwards in areas we need to be winning.

It should start by championing the popular policies in our recent manifestos - backed by a large majority of voters.

In building their “alternative”, they endlessly plunged the knife into Corbyn on behalf of the establishment. The right wing constantly blamed the former Labour leader for everything, including the 2019 general election defeat, supposedly “the worst for nearly 100 years”.

“I don’t think anybody realistically thought it was possible,” claimed Starmer, “to turn the Labour Party round from the worst general election result since 1935 to a position to win the next general election within a period of one year – it was always going to take longer than that.”

Starmer has repeatedly blamed Corbyn for the Hartlepool defeat, stating that he had a “mountain to climb”. But this is nonsense. Just compare the percentage of Labour’s vote over the years: in the 2015 general election, Miliband got 35.6% of the vote; in 2017 Corbyn got 52.5%; and in 2019 he got 37.7% of the vote – still more than Miliband.

Nevertheless, the message now pumped out by the right wing is that Corbyn and his left-wing legacy are responsible for the defeat.

“Keir believes we need to change direction and speed up our movement back towards the British people. That will certainly not mean going back to what took us to our historic 85-year defeat in December 2019. We must become the party of aspiration again, or we will not deserve to win a future election.”

In other words, Labour must undertake a full-throttle return to Blairism.

Lord Mandelson came out immediately saying that the bad result in Hartlepool – his former seat – was due to two Cs: COVID and Corbyn.

“We need to understand the scale and pace of the transformation our party needs,” stated renowned right-winger Stephen Kinnock.

“Our leadership has changed for the better, but the voters aren’t convinced that Labour has too,” chimed in Wes Streeting, another prominent Blairite MP. “This is a huge and urgent task.”

The lesson drawn from Hartlepool by the right-wingers, in other words, is that they need to bury Corbyn’s legacy even deeper.

The Blairites are determined to push the party further to the right. They are even thinking of replacing Starmer with someone more to their liking.

Andrew Adonis, the pro-European Blairite peer, made this point, saying that the party cannot win with Starmer as leader.

“I supported Keir to replace Jeremy,” Adonis stated. “There was no one else credible, and retrieving the leadership from the hands of the Marxist far-left was the first step towards electability.”

“I hoped that Keir, an effective ex-public prosecutor, might have sufficient leadership capacity and modernising social democratic vision to reshape Labour,” the Labour Lord continued. “Unfortunately, he turns out to be a transitional figure – a nice man and a good human rights lawyer, but without political skills or antennae at the highest level.”

“The question now is what Keir transitions to and when; and whether Labour needs to lose another general election, to Boris or Rishi Sunak, before choosing a leader who can win. If this happens only after an unprecedented fifth defeat in a row, there may not be much of a Labour Party left…”

The right wing have made their intentions clear: to carry through a counter-revolution in the party, by completely rooting out the left.

The Labour left, including Momentum, have correctly criticised the leadership. But instead of calling for a change in leadership, they have simply called for a “change in direction”.

“If he [Starmer] doesn’t change direction,” explained Andrew Scattergood, the co-chair of Momentum, “not only will he be out of a job – but the Labour Party may be out of government forever.”

We wholeheartedly agree that the party needs to change direction. That is obvious. The only problem is that this will not be done under Starmer’s leadership. It is naive to expect anything else from this knight of the realm; a man committed to capitalism and the establishment.

Have we not learned anything from the last 12 months? Starmer is intent on shifting the party to the right. How many more times do we have to keep saying this?

To change the direction of the party towards socialist policies requires an open struggle with the whole right wing. It means clearing out Starmer, along with the bulk of the Parliamentary Labour Party.

There is no other alternative. Either the left goes on the offensive, or it capitulates to the right, as has been the case so far.

It is time the left got its act together and stopped pulling its punches. This is not the time for timidity.

The right wing had no problem in declaring war on the left-wing membership when it cleared out all the lefts from the shadow cabinet, suspended Corbyn from the party, and excluded those who spoke in his defence. 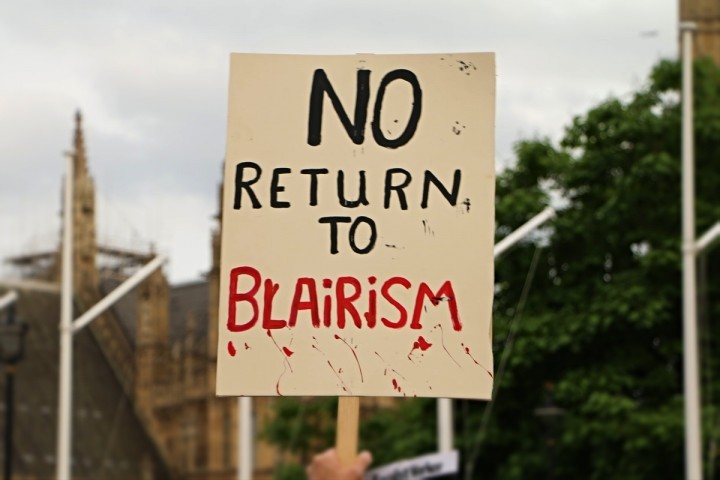 There is enormous anger against the right among the rank-and-file of the Labour Party. It is time the left stopped compromising with the right and fought back with determination / Image: Socialist Appeal

The left should be equally as determined as the right. No more retreats! No more compromises! Time to go onto the offensive!

It is essential that the left picks up the gauntlet and takes the fight to the right. There is enormous anger against the current leadership amongst the rank and file. It is time that grassroots members were mobilised to sweep out the right wing.

“I take full responsibility for everything that happens in the Labour Party under my leadership,” said Sir Keir Starmer recently.

In that case, there needs to be an urgent vote of no confidence in Keir Starmer and the Labour leadership, including the saboteurs within the Parliamentary Labour Party.

The disastrous Hartlepool by-election result shows that #Starmer is not fit to lead the #Labour party. Enough with flag-waving and appeals to big business! We need to take on the Tories with socialist policies. #StarmerOut pic.twitter.com/eVadvrBR4Q

The left must prepare itself for a leadership challenge, on the basis of a clear socialist programme.

The left within the CLPs and the trade unions need to prepare for battle. That is the lesson of Hartlepool and the calamity over the last 12 months.

Only in this way can we change the direction of the party, and create a real socialist alternative to the crisis of capitalism and this rotten Tory government.

Originally published 7 May by socialist.net |