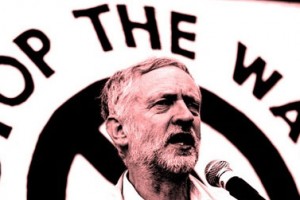 The sense of shock amongst the Labour right wing was evident from the look on their faces as they streamed out of the Party Conference on Saturday. Their dreams of an Owen Smith victory, the so-called “unity” candidate, were dashed. This has created a sense of turmoil and disarray within Labour’s right wing. Although many had conceded defeat for their candidate, they still hoped they could reduce Corbyn’s margin of victory. Despite everything, they failed miserably.

It is difficult to exaggerate the levels of defeatism and fear in the right-wing camp, just three months after a no confidence motion in Jeremy Corbyn was passed. For them, the future looks increasingly bleak, with Corbyn strengthening his mandate from the rank and file. The air is now thick with calls for unity, and those MPs who had resigned from the shadow cabinet are now agonising over whether to return or remain on the sidelines.

MPs have been pleading with their supporters not to quit the party after signs that many were tearing up their cards in response to Corbyn’s re-election. Michael Dugher, a former member of the shadow cabinet, said it was “depressing” to see people cutting up their membership cards and posting them on social media. “People who had just had enough, parliamentary candidates, councillors, decent good people who have given a lifetime of service...you have to stay, you have to stay.” But many anti-Corbyn members will resign, as they did when he first won a year ago.

Some have already jumped ship. Lord Mitchell, a Labour peer, quit the party, claiming that Labour’s leader was surrounded by people with “violent anti-Israel views”. The entrepreneur, who served as a business spokesman for the party in the Lords under Ed Miliband, stated that, “Jeremy has no leadership qualities whatsoever — his little group like him and they think he’s the Messiah, but he will never become the leader and prime minister of this country.”

What else who you expect from a man who help lead the SDP split in the early 1980s, and who stood against Labour in 1983 and 1987, but was allowed back into the party by Blair? Such Tory infiltrators are not welcome in the Labour Party and should be shown the door.

To split or not to split?

Despite past threats, right wing MPs are now trying to hush up any talk of a split similar to the SDP in 1981. “We are not quitting and we are not splitting, this is our party,” Tom Blenkinsopp, MP for Middlesbrough South and East Cleveland, told a rally of the Labour First group. Former shadow education secretary Tristram Hunt, meanwhile, wrote: “We moderates are not going to be seeking asylum, in Singapore or anywhere else, anytime soon.”

Others could not contain their bitterness at the result. The party was “more divided than I have ever known,” said Lucy Powell, another former shadow education secretary. Chris Leslie, former shadow chancellor, stated that he was loyal to the party, which existed to govern for the whole of the country rather than a “narrow band of people”.

Splitting blood, one MP said that “those people who used to stand outside the conference are now inside it, running things.”

Blairites on the back foot

Nevertheless, while being put on the back foot, the right have not given up their plan to remove Corbyn. But they have had to rethink their strategy. They are hoping to regain their majority on the National Executive Committee (NEC) by slipping in the proposal to appoint representatives from Scotland and Wales.

In fact, the Executive is finely balanced between pro- and anti-Corbyn supporters. They have been busy scheming behind the scenes, using McNicol, the right-wing general secretary, and Tom Watson, the deputy leader. Leaked internal party emails reveal that the deputy leader had been operating a so-called “Project Anaconda” - a scheme promoting shadow cabinet changes and wider NEC proposals.

“‘Project Anaconda’… will involve isolating and weakening JC and ultimately crushing the life out of his leadership,” one email claimed. “Every concession JC makes will be used to tighten the grip.” Watson denied using the phrase.

It is no accident that McNicol at the conference used his speech to inadvertently oppose Corbyn, with this “neutral” party official lavishing praise of the PLP and the officialdom, and then quoting Clause 1 of the constitution, the duty to establish the party in parliament, as Labour’s primary task. This was a clear challenge to Corbyn. But Clause 1 is not to establish a PLP for careerists and place seekers, but to establish political representation for the working class in parliament. We are clearly in favour of the latter, but not the former.

The right are using Progress and Labour First, who are furnished with almost unlimited amounts of cash by big businesses backers, to further their aims. They have boasted how efficiently they were able to secure constituency party delegates for party conference. They are employing every manoeuvre under the sun.

Their latest stunt is to demand that Jeremy Corbyn takes measures to restore unity, as it he was the loser of the election! It is they who need to mend their ways, not Jeremy Corbyn - or they must be removed by the rank and file. 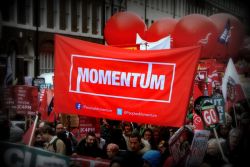 Unfortunately, the left around Momentum, instead of really carrying the fight to the right wing, have prevaricated and avoided moving on issues like deselection. Rather than organising to get left delegates elected to party conference, with left resolutions from local parties, Momentum has concentrated its efforts in organising a four-day long fringe event, with music, poetry and workshops. This is all very nice, but it is hardly a strategy for defeating the right wing.

With Blairite MPs continuing to stab Corbyn in the back, Momentum should be organising to sweep them out. The gulf between these right-wing MPs and the party membership is massive and ever-growing. The left must not be soft in regard to these attacks. As Len McCluskey said, “they [the right wing] are asking for it”. It is, after all, the democratic right of ordinary members to choose their public representatives.

Those MPs who are under pressure will tend to keep their heads down for the time being. They will wait for better times and simply carry on undermining Corbyn behind closed doors. They will continue to build up their own “party within a party”, inside and outside the PLP. But at a certain point, they will pick an open fight with Corbyn on issues such as defence or foreign policy. They will go on the offensive to promote the needs of capitalism.

It is now time, with the re-election of Corbyn and the regeneration of the party, that these people are cleared out once and for all. This must go hand-in-hand with the fight for a socialist programme - to rearm the party in the face of the biggest crisis of capitalism since the 1930s. We must therefore bring back the old Clause Four, which committed the party to the socialist transformation of society.

The victory once again of Corbyn is a turning point. But the “Corbyn revolution” is not complete. We must forge a genuine socialist Labour Party in Britain that will put an end to the nightmare of capitalism and lay the basis for a real future for our people.