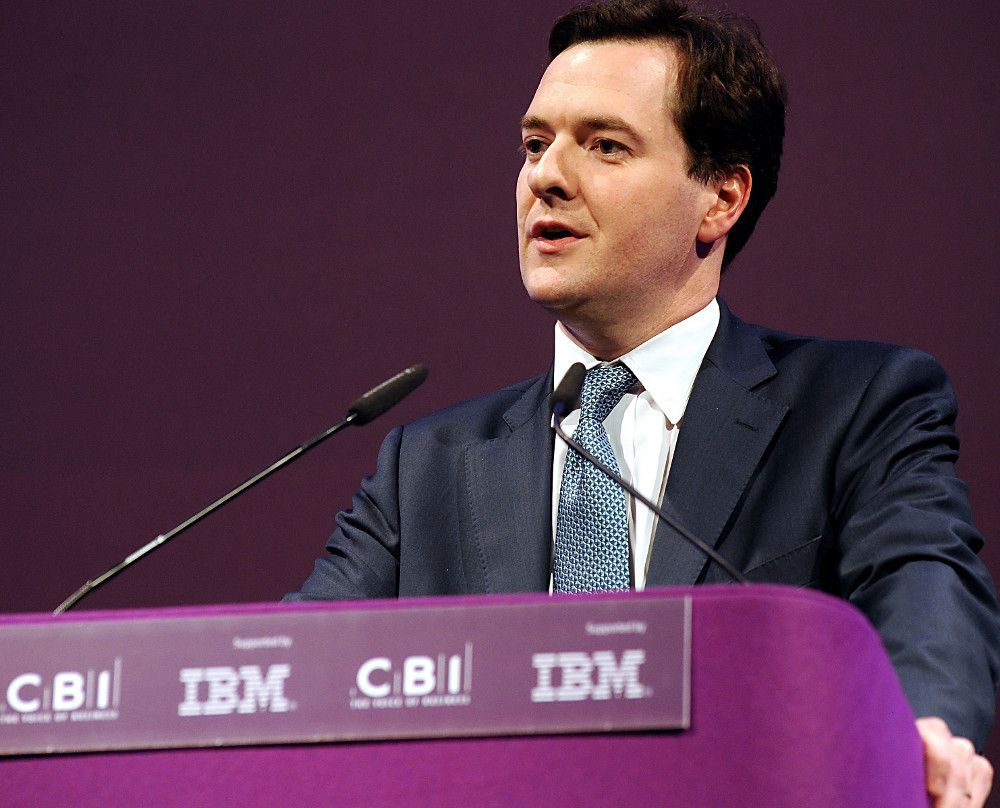 George Osborne announced that the British economy “has turned the corner”. Cameron has chimed in to hail the new “recovery”. But after years of stagnation and falling living standards, who are they trying to kid? The economy is crawling on its belly and we are still being hit with mass unemployment and wage cuts.

The second quarter’s growth figures were revised up from 0.6% to 0.7%, meaning that we are close to the break-neck speed of 1%. Even then, this “stellar performance” will take us years even to get back to 2008 levels.

In any case, big business is not investing and or hiring workers. Industrial investment is about 25% lower than before the crash. And yet, without this there cannot be any hope of recovery. Real wages are falling and households remain squeezed, which comes on top of 30 years where wages have fallen as a share of national income.

The class divide in Britain has never been greater, with further tax cuts for the rich and simply cuts for the rest of us. The working class is being forced to pay for the crisis of capitalism, with, in the words of Marx, growing wealth at one pole and growing distress at the other.

The political parties are trying to position themselves for the next general election. Vince Cable, the business minister, seeing the need to distance himself from his Tory partners, has promised to “shine a bright light into the dark corners of capitalism”. But you do not need a light to see the poverty, degradation and mass unemployment that exist in every working class area. The “dark corners” are everywhere.

While you expect the Tories and Liberals to defend the crimes of capitalism, the Labour leader is trying to defend “responsible capitalism”, which does not exist. It is the equivalent of forcing a tiger to become a vegetarian.

The attempt by Ed Miliband to defend the tradition of “One Nation” Toryism sticks in your throat. Apparently, if only Cameron was a “One Nation” Tory, like the wonderful Disraeli, then things would be fine! Disraeli, according to Miliband at the TUC Congress, graciously extended the vote to sections of the working class. He failed to mention the fact it was the working class who struggled for the vote against the opposition and violence of the ruling class as well as the Tory Party.

Having been ripped off by the energy monopolies, most people would welcome a 20 month freeze on energy prices. But what prevents them jacking up prices before or after?

These companies need to be taken back into public ownership. Again, in this housing crisis, people would support the building of 200,000 new homes. But without the building companies being taken over, no amount of pleading will force them to build.

While offering a review of the minimum wage, Ed Miliband and Ed Balls are calling for a continued wage freeze in the public sector. In fact they are calling for a continuation of the austerity, but instead of “Tory” cuts, they want “Labour” cuts instead. “We can expect to inherit plans for further deep cuts to departmental budgets at a time when the deficit will still be very large and the national debt rising”, stated Ed Balls. “There will be no reversal of Tory spending cuts…. The next Labour government will have to make cuts too.”

The Labour leaders are promising more of the same but “delivered in a different way”. But cuts are cuts, no matter who carries them out. This is where supporting “responsible” capitalism gets you.

Rather than look to Disraeli, they should be returning to the real traditions of the British Labour movement of solidarity and struggle, including revolutionary Chartism. With the crisis of capitalism clear for all to see, there has never been a better time to expose the crimes of the market and fight for a socialist alternative.

People are sick and tired of politicians, including Labour, because of their failed record. They sound all the same as they all attempt to justify the system. But capitalism can no longer afford reforms.

The boom years have vanished and the era of prolonged austerity is upon us. Capitalism went beyond its limits and eventually collapsed in a massive over-production slump in 2008-9. As a consequence, big business, and the governments that support them, is attempting to take back all the gains of the past period. That is the real meaning of austerity, cuts and attacks on living standards.

The trade unions, which set up and finance the Labour Party, must act now to prevent a repeat of the mistakes of the past. They should sweep out all the Tory carpetbaggers from the party and restore it as a vehicle for the working class. In so doing, they must reject policies based on capitalism and fight for a real socialist alternative to the crisis.

We must do away with the failed market economy. We must fight for a socialist plan of production based upon the nationalization of the top 150 monopolies, banks and insurance companies, under workers’ control and management. No compensation for the fat cats!