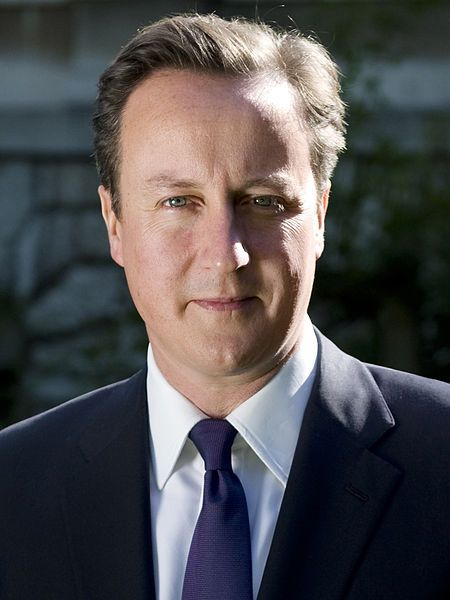 On Wednesday 23rd January 2013, David Cameron finally ended his long period of dithering and capitulated to political pressure in his own party from the right-wing Tory ‘Euro-sceptics’. Why has Cameron made a move that seems almost designed to undermine the influence of British capitalism globally and in Europe, and what attitude should socialists have to the question of an EU referendum?

Cameron has announced that if he wins the next election, he will engage in ‘hard-headed negotiation’ with the EU for ‘repatriation of powers’ for Britain. However, Cameron has not stated what powers he is referring to. Socialists should have no illusions that Cameron will try to fight against reactionary EU legislation on labour ‘flexibility’. Cameron stands for the interests of the bankers and capitalists, and not for the British people, and least of all the working class.

The intention is to present the electorate with a simple ‘yes/no’ referendum. Either we accept the EU as amended (or not) by Cameron in the interests of big business, or we vote to give Cameron and co full powers over Britain's legislation by leaving the EU. This is not a choice socialists can support.

Germany and France have already indicated their opposition to an EU referendum, stating that Cameron is not in a position to choose the terms of Britain’s EU membership. Merkel and Hollande are not willing to make serious concessions to British capitalism. The EU is being stretched to breaking point by centrifugal forces.

Years of capitalist crisis have strained relations between the various nations that make it up, and each one would like to take any chance it gets to change things in their favour: Greece would like Germany to underwrite its debt; the Germans would like to have more control over member states' finances. Hence the French foreign minister's wry comment that he would “roll out the red carpet” to British businesses seeking greater access to the single market in the event that the UK leaves the EU, ironically mirroring Cameron's previous welcoming of business wishing to avoid high taxes in France.

Merkel will insist on making an example of Cameron's demands by refusing them. The only way that Berlin can agree to underwrite the debt of Europe's weaker nations, which it needs to do to keep the single market alive, is by demanding more and more control over their finances. If the EU is to survive, therefore, the Germans cannot grant the British exceptional privileges.

Why has Cameron embarked on such a dangerous road, one which he now has no control over? The decisive section of British big business, represented by the CBI (the Confederation of British Industry) and Financial Times, insist that Britain needs to remain in the EU if they are to maintain their access to markets; Cameron's move has put that in serious jeopardy. Furthermore, European markets are vital to the British economy, with over 40% of UK exports going to Europe.

Cameron has himself admitted that, in leaving the EU, Britain would lose influence in Washington (and Beijing). Washington wants Britain in the EU to push its agenda there. British capitalism has been in decline for a very long time, and is now very much a second or third-rate power. But it has maintained the appearance of importance by attempting to exploit its links with the US and Europe. By threatening to leave the EU, Cameron is shooting British capitalism in the foot.

This is a desperate move by Cameron, who is in an increasingly weak position inside his own party. It is, as the Financial Times put it, "an expression of impotence - a cry of pain almost - rather than a strategy." An increasingly large gap is opening up between the right-wing backwoodsmen layers that make up much of the Tory Party (including its MPs), and the more ‘realistic’ leaders of big business. Cameron is attempting to balance these two wings of the Conservative Party, which becomes harder and harder as both British and European capitalism remain mired in crisis. The contradiction between big business wanting to stay in Europe, and the Tory Party wanting to leave, reflects the impasse of capitalism in Europe.

Euro-sceptic Tories, a perennial problem for the party's leadership, refuse to accept the decline of British capitalism and imagine that if Britain cut itself off from the continent, then British imperialism would once more flourish. This argument has seemingly been strengthened by the deep crisis of European capitalism. The crisis has also boosted UKIP, a right-wing nationalist party, which would like to merge with the right-wing of the Tories in Parliament.

Cameron is desperately trying to save his party from a split, at the cost of the interests of British capitalism as a whole. He hopes to avoid that outcome by winning concessions from the EU and then winning the referendum to stay in Europe on that basis, thus uniting his party and staying in Europe. But this is like trying to square the circle.

Where does the labour movement stand in all this? Shamefully, Ed Miliband has attempted to use this as an opportunity to position Labour as the representative of British capitalism, arguing that we must stay in the EU for the sake of business. It is a scandal that the Labour leaders should take up the cudgels on behalf of big business. The EU is a federation of capitalist states that cannot serve the interests of the working class in Britain or Europe. In the past, some on the left in Britain mistakenly saw the EU as progressive, and that view was bolstered by the fact that the EU’s most consistent opponents were the Tory hard right.

Socialists are of course completely opposed to the national-chauvinism of the Tories and UKIP. We cannot be in favour of voting to leave the EU on a capitalist basis, as if the British government is a defender of British workers. Everyone knows that the British government is unique in Europe for pursuing severe austerity without the compulsion of the Troika. Cameron would continue to push austerity whether inside or outside the EU.

But it is also true that workers look to Europe and see more of the same - crisis and austerity. The EU offers no way out for them. It is therefore incumbent on the leaders of the labour movement to campaign for European unity of a radically different kind - the unity of the European working class against austerity and capitalism. The general nature of the crisis has already pushed European trade unions to call Europe-wide general strikes. We call for a united socialist federation of Europe as the only alternative to decades of austerity.