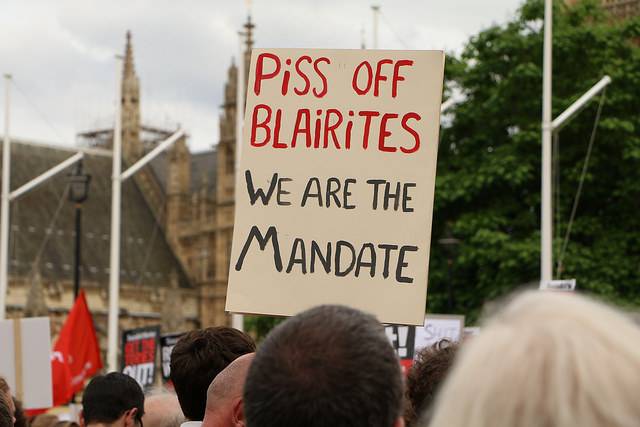 Good riddance. This will be the sentiment amongst grassroots Labour members towards today’s news that a group of seven Blairites are splitting from the party. Delight at their departure will be mixed with immense anger towards the treacherous role that these right-wingers have been allowed to play over the past few years. The task now is to kick out the rest of the saboteurs who remain at large inside the Parliamentary Labour Party. This is why we need mandatory reselection.

The announcement by the splitters came as a surprise to nobody. The names of those who have chosen to leave reads like a Who’s Who list of the most consistent Corbyn critics – a veritable rogues gallery of careerists and big business politicians. The shock is not that these gangsters have left the party, but that it has taken so long to get rid of them!

For prominent Remainers like Umunna, the main factor was Brexit, and Labour’s refusal to back a second referendum. For others, like Berger, it is the party’s supposed “institutional anti-Semitism”. In the case of Gapes, who has led the charge in supporting the ongoing coup attempt in Venezuela, it is foreign policy issues that are apparently the final straw.

But everybody can see that these particular differences are only a proxy for a much wider antagonism: between the big business and imperialist agenda that these right-wingers serve, and the interests of the Labour members and working class communities that they are supposed to represent. 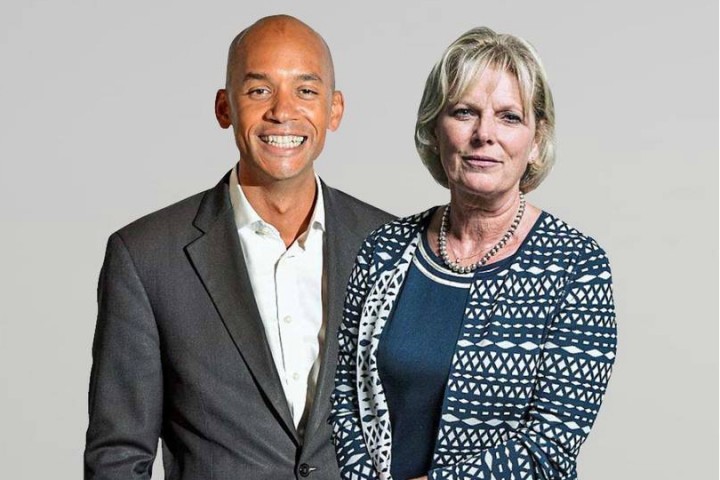 Indeed, the newly formed Independent Group have given the game away by citing Corbyn’s “hostility to businesses” as a factor in their decision to leave. But this only demonstrates that they are very far from being ‘independents’. They are, in reality, a capitalist tendency that has been operating in an organised fashion for many years now, taking their orders from their establishment friends in the City of London.

Ever since Corbyn became Labour leader, inspiring hundreds of thousands of new members to join the party, the Blairites have hysterically accused left-wingers of being disloyal and conducting ‘entryism’. But it is evident now who the real ‘entryists’ were.

Despite standing as Labour MPs, these right-wingers have consistently backed the Tory government in supporting austerity and war. In recent months they have openly crossed the aisle, working hand-in-glove with Conservative MPs to campaign for a so-called ‘People’s Vote’. Rather than campaign to bring a Labour government to power, they have used every opportunity to push for access to the Single Market in order to protect the profits of the bankers and bosses.

Reactions to this latest news reflected the polarisation that exists inside the party between rank-and-file members and the right-wing dominated PLP.

Social media was instantly awash with celebrations amongst grassroots activists, overjoyed at finally seeing the backs of these Blairites. But Labour grandees have criticised this exuberance, with deputy leader and Machiavellian right-winger Tom Watson condemning the left for their “tone of triumph”. 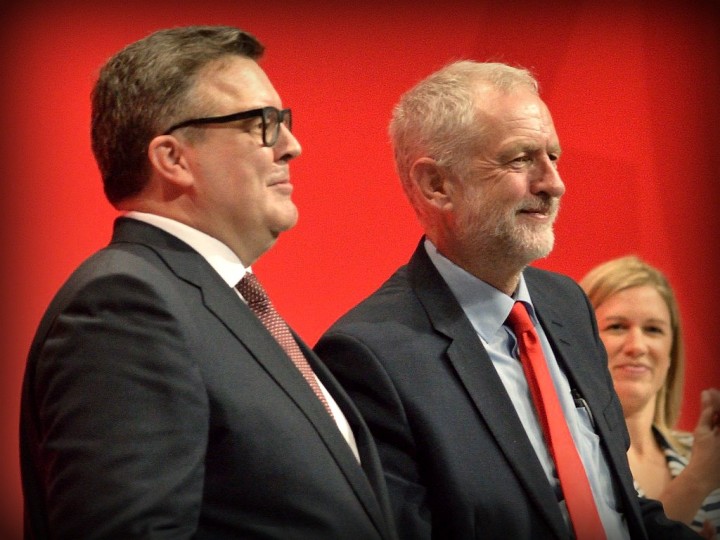 Notably, with rumours of a split circulating, Watson and other leading right-wingers in the PLP had spent the last week urging their colleagues to stay. Arch-Blairite Stephen Kinnock was amongst those on the right of the party calling on his friends to “stay and fight”.

In this respect, it is not just the Labour Party that has split, but the Blairites themselves. Watson and Kinnock no doubt represent mainstream opinion amongst the ruling class, who would like reliable representatives in the PLP, ready to sabotage a left Labour government from within when the timing is right.

The fact that dozens of other vocal right-wingers – such as Hilary Benn, Liz Kendall, Margaret Hodge, and others – have stayed behind is testament to this strategy. Indeed, Watson let the mask slip when he revealed in a video statement that he believed this mini-split to be “premature”.

But Brexit has acted as a catalyst, sharpening the divisions in the party and accelerating already existing processes. Indeed, other prominent Corbyn opponents such as Frank Field and John Woodcock have already resigned from the Labour whip, and are also sitting as ‘independents’. No doubt the rest of the Blairites will eventually split away also, but only at the point when the maximum damage can be inflicted upon a Corbyn-led Labour government.

In many respects, these right-wingers have chosen to jump rather than be pushed. Of the seven, several (including Leslie, Shuker, and Smith) have been on the receiving end of votes of no confidence from their own CLPs.

Berger was due to be next in line, with members in her Liverpool Wavertree constituency only withdrawing a motion of confidence at the last minute due to pressure from Labour HQ. And even Umunna has lost key votes in his Streatham constituency recently, which will have acted as a harbinger of future troubles for the now ‘independent’ MP.

Leslie revealed these real motivations behind the independents’ split when he asserted that the Labour Party had been “hijacked by the machine politics of the hard left”. To translate: hundreds of thousands of party members have joined and begun organising to reclaim the party – and they don’t want careerists like him in it. 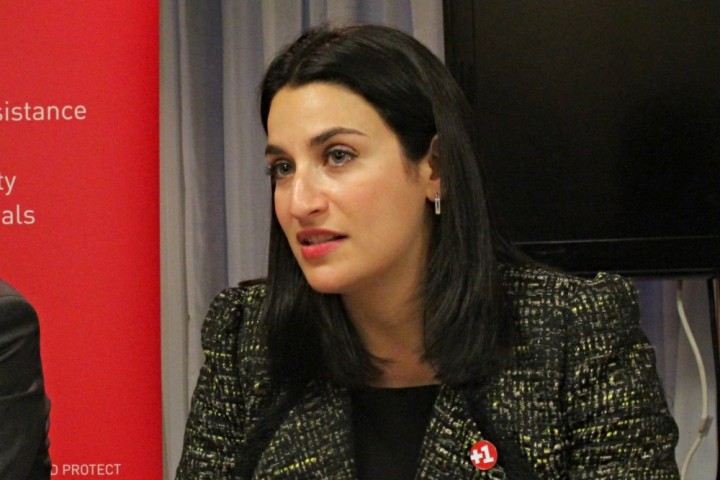 Ironically, these MPs who have demanded a ‘People’s Vote’ over Brexit are now refusing to let the people decide their own fates. Instead of calling by-elections to see whether voters really support their pro-capitalist programme, they plan to see out their careers in their current constituencies, before contesting seats in marginal seats at the next general election.

Umunna and co. have stated that they will not seek to emulate their SDP predecessors, who split away in 1981 before eventually merging with the Liberals to form the Liberal Democrats.

The actions of the “Gang of Four” then were a tragedy – not because these right-wingers left, but because their treacherous behaviour divided the Labour vote, allowing Thatcher and the Tories to win the 1983 election. Now history is repeating itself – this time as farce.

The new “Gang of Seven” will undoubtedly seek to hurt Labour’s electoral prospects, either as ‘independents’ or as a part of a new ‘centre’ party containing the Lib Dems and Tory Remainers. But the social base for such a ‘centre ground’ party is extremely weak, as the Lib Dems poor performance in recent polls demonstrates.

Faced with the choice of five more years of crisis-ridden Tory government and the prospect of electing the most left-wing Labour government in history, who is going to plump for the third option of a ragtag bunch of poundshop Liberals? The likelihood, therefore, is that these Blairites splitters, after some initial hype from the establishment press, will quickly run out of steam.

Kick out the careerists!

If anything, by attempting to avoid deselection for themselves, these right-wing MPs may well end up heightening calls for the deselection of their former colleagues. Ordinary Labour members will now feel vindicated in their accusations of treachery towards such scoundrels, and will rightly demand that any remaining traitors are kicked out and replaced in advance of the next general election. 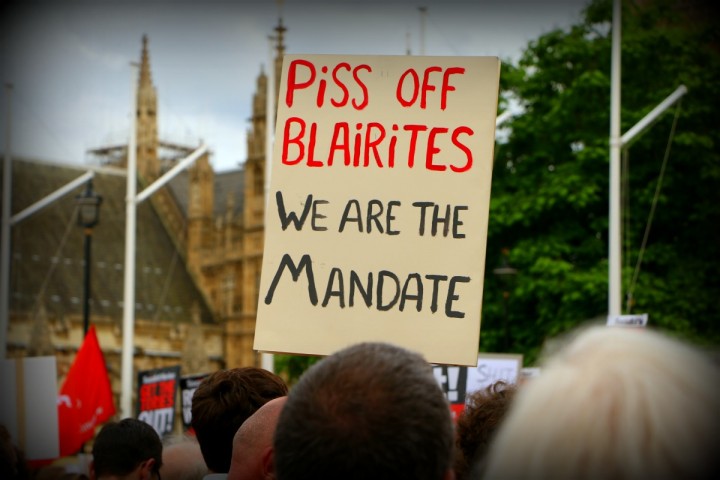 These latest events therefore confirm what was evident to everyone already: that the PLP is infected with a careerist cancer that will kill our party if we do not remove it. And, above all, they highlight the urgent need for mandatory reselection.

We must organise to rid ourselves of those Blairite wreckers who have stayed behind. Instead of saboteurs, we need real working class representatives – workers’ MPs on a worker’s wage – who will fight to kick out the Tories and bring a socialist Labour government to power.

This CLP/branch notes the traitorous actions of Chuka Umunna, Angela Smith, Chris Leslie, Ann Coffey, Mike Gapes, Gavin Shuker and Luciana Berger in splitting away from the Labour Party. In a blaze of publicity, these Tories in disguise have followed in the infamous footsteps of Frank Field and John Woodcock.

This action is aimed at inflicting the maximum damage on the Labour Party, in the same back-stabbing fashion as the SDP in the 1980s and Ramsay MacDonald and co. in 1931.

These big business careerists used the Labour Party for their own personal ends. But their interests were under threat with the victory of Jeremy Corbyn. That is why they have used every means to undermine and attack the democratically-elected Labour leader by running to their Tory friends in the press and media.

We must warn that there are other anti-Corbyn forces in the PLP of the same ilk – other careerist individuals who, when the time comes, will also jump ship.