“Open for business.” These were the words spoken by chancellor George Osborne as he delivered the most vicious anti-working class budget for generations – a budget for big business indeed! Not since the slash and burn days of the National government in the 1930s, or indeed the Thatcher regime of the early 1980s, have so many cuts been presented in one day. Indeed in outlining a target of 25% cutbacks in many areas of government spending, the coalition has gone way beyond anything attempted by previous chancellors in office.

The budget was presented as being fair for all. This is a lie. These measures are intended to hit the poorest hardest. Firstly by linking benefits to the Consumer Prices Index (CPI) rather than the Retail Prices Index (RPI), this will reduce the rate of increase by at least 2% - a cut in effect. Some benefits such as Child benefits will not rise at all. Other benefits are being abolished or cut back. The introduction of maximum limits on housing benefit will prove to be especially damaging.

Then we come to the rise in VAT – this is a regressive tax, which will proportionally hit the poorest sections of society the hardest. No wonder this was one of the few taxes that Thatcher chose to increase time and again during her time in office.

Disability benefits will also come under attack with a new regime of medical assessment being brought in with the clear aim of booting people out of benefit. According to today’s edition of the Guardian, shadow work and pensions secretary, Yvette Cooper has calculated the effects of the cuts as follows:

The report adds that families will face overall cuts of £3 billion. Very few will benefit from the raising of the tax threshold, as what is given in one hand will be yanked away with the other, only doubly so.

Of course, the coalition has chosen to target public sector workers in particular. Salaries for all but the very worst paid will be frozen for the next couple of years at least, pensions will be undermined and many will end up losing their jobs. This in turn will affect public services in an unprecedented way. There is no way that essential services can remain unaffected. The government has a hatred of the public sector and wants it cut back in any case, with the few remaining profitable bits going to the private sector.

Of course, not everybody is unhappy about the cuts. Business leaders and the City of London have lined up to praise the measures. Although Osborne said that the burden of reducing the government deficit would hit the rich as well, in truth they are getting off very lightly. Corporation tax is to be cut by one per cent each year making it the lowest in Europe. The planned increase in employers’ NI payments has also been stopped. Bankers will be happy that, despite having helped cause the crisis in the first place, there will be no new taxes in their nice bonuses. The proposed new bank levy set at £2bn is far less than expected and will hardly be noticed by these people. 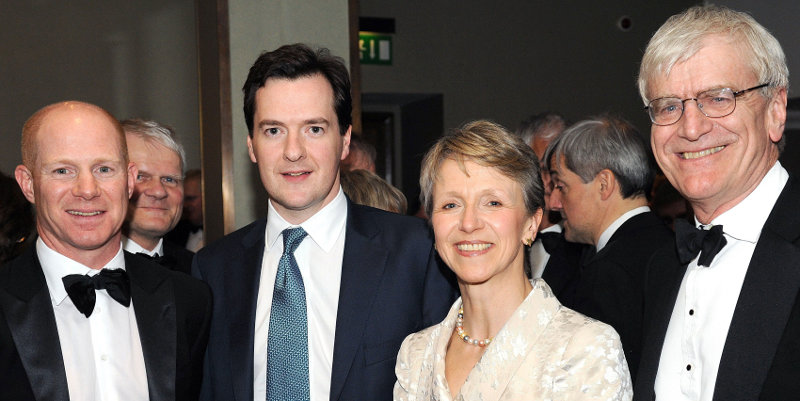 This budget – alongside those cuts and cancelled projects already announced – represents just one step in what is a ruthless attempt to make the poor and needy shoulder the burden of paying for the bosses crisis. Next will come the spending reviews in September where the targets will be tuned into actual cuts. But it doesn’t stop there. More cuts will come next year and the year after. Having supported the Labour governments bailouts to the banks and business, the Tories are now pretending that it was nothing to do with them. This is a government of the rich for the rich. It was a Tory budget with the Lib Dems there to act as fig leafs for Cameron and Osborne. To call this budget progressive is a very sick joke on the part of the government.

It looks like the time has come to cut capitalism – a system we can no longer afford. The whole Labour and trade union movement must mobilise to fight these cuts, both on behalf of their members and in defence of the working class as a whole. Angry words will not be enough, action is now needed to present this bosses government with the one force that can defeat it.