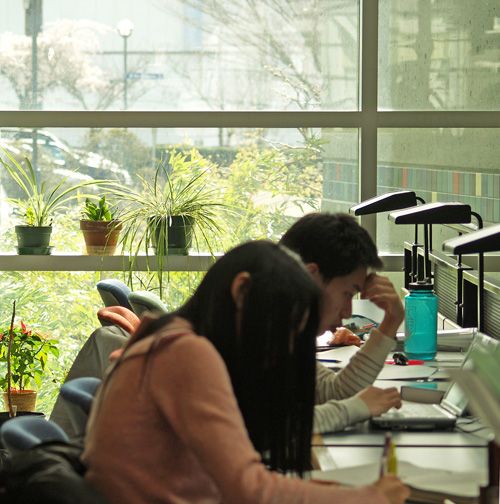 New Labour, the government that introduced tuition fees and student loans in 1998 and then narrowly passed a bill to introduce top-up fees of £3,200 per year from 2006, have recently launched a “higher education finance review” to look into raising the cap on tuition fees (possibly up to £7000 per year) and examine the way in which universities should be funded.

The appointment of Lord Browne, a friend of Peter Mandelson and former chief of the multinational oil-giant BP, to chair the fees review has not done anything to encourage university students, who already face the prospect of an accumulated debt of over £23,000 upon graduation.

The initial proposal for the board of the fees review did not include any representative voice for students but after pressure from the National Union of Students (NUS) a solitary student representative has been placed on the board. This token gesture will have a negligible effect when placed in opposition to a review board that is whole-heartedly pro-business, with other members of the seven-strong panel including an executive of McKinsey (a management consultancy firm), the chief executive of Standard Chartered (the fourth biggest bank in the UK), and a former economics editor of The Independent and civil servant at the Treasury.

In the past, those who looked to the NUS for support would find very little other than a bureaucratic, right-wing layer of careerists. The most recent official NUS position was that it would oppose any removal of the cap on top-up fees, but would no longer solely argue for free education. At the 2008 NUS Conference, NUS President Wes Streeting claimed that, "Just shouting 'free education' will not work".

This has led many groups on the Left to claim that the NUS is nothing but a rotting corpse, which the mass of students should abandon in order to form a new, radical, fighting organisation. In our “Perspectives for the Student Movement”, Socialist Appeal explained that the fight for free education and a democratic student union must take place inside the traditional mass organisations, such as the NUS, to reclaim them and to remove the Blairite / Brownite leadership that have made them dormant and impotent. As we explained in our perspectives, “The NUS could come under the pressure of a mass movement of students, resulting in a much more left-wing leadership, whilst retaining today’s undemocratic structures. Such an NUS would in reality be much more democratic than an empty alternative NUS with the most democratic constitution, but which meant nothing to most students.”

Recent events have proven these perspectives to be correct. Faced with pressure from below, the NUS have finally taken a stance against New Labour and their inability to give an honest answer regarding higher education. In an open-letter to the Government, the NUS, along with student union leaders from more than 85 universities and higher education institutes in the UK, announced that, "We are in no doubt that a review panel dominated by business and university leaders is designed to stitch up students with yet another inflation-busting hike in tuition fees. Students will not stand for this. Any parliamentary candidate who does not sign the NUS pledge to vote against an increase in fees and support our calls for a fairer funding system will be named and shamed before polling day."

Other sources indicate that Streeting and the NUS would even support students that occupy universities over the issues of increasing cuts and rising fees. This is a massive shift in rhetoric from a union that recently criticised students who occupied campus buildings in early 2009 to protest against Israel’s war on Gaza and the complicity of universities who invest in the arms trade.

Recent struggles at the London College of Communication, where students have gone into occupation as part of a campaign to oppose planned cuts, show that students are already beginning to fight back against the increasing threat of funding cuts, whilst the strikes at the University of Westminster by the University and Colleges Union (UCU) indicate that students are not alone in their fight for free and improved education. This follows on from large student protests all over Europe, such as the mass demonstrations and occupations taking place in universities across Austria.

Students, however, must not stop at occupations and must remain critical of the NUS leadership, which proposes a “graduate tax” as the solution to higher education funding. This position implies that graduates are the only ones who benefit from their education and neglects the fact that business and industry rely on a stream of well-educated workers in order for the economy and the country to function.

In order to genuinely succeed, the student movement must be linked with the wider movement of the working class for the socialist transformation of society. As we summarised in our student perspectives, “The present crisis of capitalism has destroyed the bourgeois state’s capacity to provide serious education reforms. The whole situation demands that students struggle with workers nationally and internationally to overthrow capitalism and transform society.”