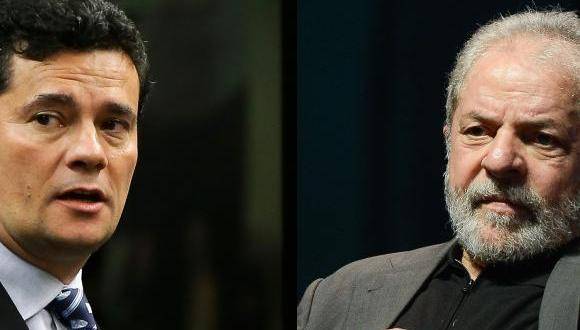 We are witnessing yet another chapter in the Car Wash (Lava Jato) operation: the sentencing of Lula by the judge Sergio Moro. As the Esquedra Marxista [Marxist Left] has already explained in previous articles, the Lava Jato is a manoeuvre driven by the interests of the ruling class.

Its main political objective is to promote a so-called "clean-up" and a renewal of the political system of the bourgeoisie to save the rotted institutions from the wrath of the people. The accusations against Temer, Aecio and other politicians of different shades are part of this manoeuvre.

They are propagating the idea that all the problems we are facing boil down to corruption, and that it is sufficient to remove the rotten apples. But the masses are increasingly beginning to understand that the whole system is rotten and needs to be overthrown.

We condemn the attacks on democratic freedoms promoted by Lava Jato, with their abuses and convictions based on no concrete proof. The sentencing of Lula is yet another example of this kind of judiciary that acts outside the law, and for political reasons and imposes prison sentences on a very flimsy basis, at the same time preparing the ground for further criminalization of social movements.

Let us not forget that this is the same judiciary that sentenced Rafael Braga twice,[Rafafel Braga is a poor black youth arrested in Rio on flimsy charges, and around which a big campaign was launched for his release], the first time for carrying a bottle of Pinho Sol [a cleaning product] and bleach during a demonstration in June 2013, the second time for allegedly being found with 0.6g of marijuana and 9.3g of cocaine, which was used to justify his arrest and conviction for drug trafficking and association with organized crime. All this was based solely on the allegations of police officers and the claims of Rafael and witnesses that the evidence was forged were ignored.

We do not defend Lula and his policy of class collaboration, of submission to the interests of the capitalists. This was the very policy that confused and disorganised the working class and paved the way for attacks on workers’ rights, such as the labour reform. Lula and the PT adopted the politics and methods of government of the bourgeoisie, basically getting into bed with big business.

However, we reiterate the point that those who have the right to judge Lula and the leaders of the labour movement for their treacherous behaviour are the workers, not the judiciary who seek to use such sentencing to promote their own class political interests.

Lula's possible conviction in an appeal, could result in his arrest and prevent him from being a candidate in next year’s presidential elections [thanks to the antidemocratic law of the “Ficha Limpa” – Clean Slate – a bill that renders a candidate who has been convicted ineligible to stand for eight years, even if there is an appeal]. A decision on this is part of the calculations of the bourgeoisie on whether Lula can still play a role in defending their interests. After all, with the general state of discrediting of the state institutions, parties and politicians, Lula is still the leader that has some authority among the masses and that can still play a certain role in containing their revolt.

This is confirmed by the fact that even under attack, Lula maintains a conciliatory tone. Asked if he would repeal the recent social security and labour laws if elected, he replied that: "It would be false to state that I would annul everything". Meanwhile the PT works to divert the main struggle against the recent attacks on the working class away from Temer and parliament. This is the very line that prepared the current situation and that can actually facilitate the conditions for the arrest of Lula.

The announcement of judge Moro's sentence came just one day after the new Labour Reform was approved in parliament. Evidently the plan was also to distract attention away from this brutal attack on workers’ rights, in an attempt to reduce its impact among the workers, so as to reduce mobilisations against it.

The way out of this for the working class is not to be found in the Lava Jato, or in the policies of Lula and the leadership of the PT. The workers and youth have not been defeated; the victorious mobilisations of the first half of this year have clearly shown the willingness to fight on the part of the masses. The working class needs a new independent voice to pave the way for the bringing down of the regime, and throwing capitalism, its institutions and the reformist leaders that are holding back the struggle of the workers, into the dustbin of history.

The Original Article by Esquedra Marxista