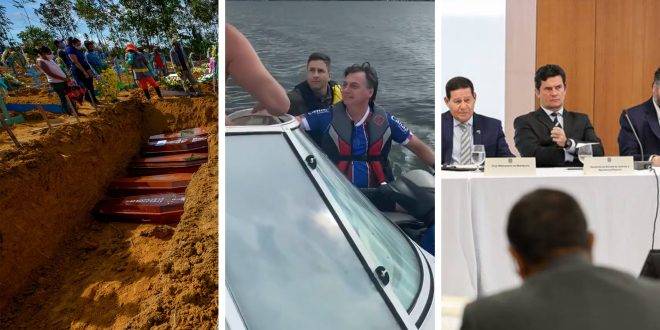 On 13 May, the officially declared total number of deaths resulting from COVID-19 in Brazil reached 13,149, with 749 deaths registered in the previous 24 hours. The political crisis in the country is also escalating, as our Brazilian comrades report.

“We are at war, and in war we bury people”, said the mayor of Manaus Arthur Virgílio Neto, as images of mass graves in Minaus are haunting televisions. The mayor reported that he didn’t attempt to utilize measures of social distancing or the stoppage of non-essential work because he knows “his city” very well and it just wouldn’t be possible.

If this is war, if we follow the guidelines of the Mayor of Manaus or President Bolsonaro, we have already surrendered. While Virgílio declared that nothing could be done to change the situation, Bolsonaro made a decree classifying beauty salons as essential services. Even Teich, the half-dead Minister of Health, was surprised by the decision.

If this is war, Bolsonaro not only surrendered the country, he was photographed gleefully riding a jet ski (instead of promoting staying at home), as if celebrating the 10,000 dead announced that day.

Meanwhile, health workers are suffering day after day, without adequate personal protective equipment, without medications, without respirators, without a place to accommodate those who are ill. And this is just the tip of the iceberg. The Brazilian Society of Oncology reported that an estimated 50,000 cases of cancer have not been detected in this period due to COVID-19 because either there are no beds available at the hospitals or people are afraid of contracting the virus if they seek assistance.

The fuse has been lit and the bomb will explode, impacting the proletariat who suffer day after day from lack of assistance.

The bourgeoisie and the proletariat

The owners of private health clinics and hospitals are in a state of panic. The number of admissions and consultations for minor medical conditions, which guarantee profits for this sector, have decreased drastically. Additionally, they fear possible intervention by the state to requisition beds and personnel for the treatment of workers who do not have a health plan and are otherwise dying while waiting in line at hospitals and urgent care facilities (UPAs). The bourgeoisie can travel to Germany or treat themselves in the high-quality hospitals in São Paulo, such as Sírio-Libanês or Albert Einstein. They can also “suffer” through their social isolation in their mansions or stately homes in the countryside. 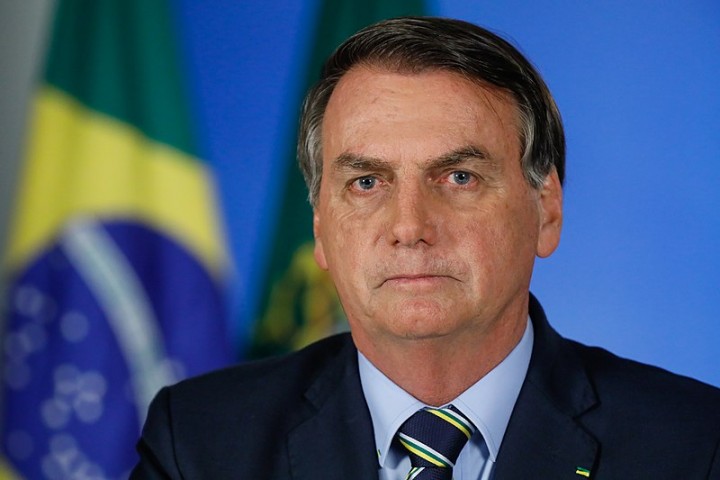 The proletariat, on the other hand, are crowded into small homes, having to go to work every day - because factories, construction, supermarkets, and transportation are essential - and they line the streets waiting for the measly R$600 in assistance, which was received by less than half of the people to whom it was promised.

To complete the picture, increased unemployment, the disappearance of casual workers (such as street vendors), and “agreements” for reduction in working hours and wages have hit more than 6 million workers, according to the latest survey by the Brazilian news outlet, Folha de São Paulo. All of this falls on the working class.

While the ruling class can hire tutors and have private schools with online classes, the majority of the working class see their children huddled in their homes, with unstable or no access to the internet, and without a suitable place to study. The Minister of Education declared that the national competency exams are for “the most competent”, and not to reduce social differences. The exams will continue regardless of who is disadvantaged by the decision.

Yes, there is a war, but it is not a “war against the virus”, in which “we are all in it together”. It is a war of the ruling class against the workers to remove the rights which were hard-won during the 20th century, and to send living standards back to the worst days of the 19th century, with very low wages, low life expectancy, and no right to health, education or a decent funeral.

The virus is just one of the conditions that has developed in this battle. It is a storm falling upon an embattled army, with the generals and officers equipped with waterproof boots and shelter, and the other barefoot without food. The fear of the ruling class is that the war will reach a mass scale, and despite all of their equipment, they will be outnumbered and defeated.

The lumpenproletariat and the presidential court

In Marx’s book about the ascension of Louis Bonapart (The 18th Brumaire of Louis Bonaparte), he shows how the lumpenproletariat can be used by the bourgeoisie as a tool for maintaining power in times of crisis. The Brazilian bourgeoisie tried this with Bolsonaro and his support base, and today are divided on how to proceed.

A video of the presidential court, gathered under the guise of a ministerial meeting, paints a clear picture of this division, with ministers speaking openly about a coup (arresting ministers of the supreme federal court, governors and mayors), and the president, an aspiring emperor, declaring that his children are untouchable by security forces; all indicative of a meeting of a gang attempting to protect itself. After all, what can we expect when the “presidential court” in power has connections to the underworld of militias and other parts of the lumpenproletariat of Rio de Janeiro?

The caution of the newspaper editors was apparent when, on 13 May, these incidents appeared in full detail on the front page of papers such as Globo, Folha and Estadão, without a single call for removal of the president. This caution is due to the fears that the pandemic will soon lead to the masses taking concrete actions. In addition to the 13,000 deaths already, tens of thousands more are expected to die. Everyone will know a friend or relative who has died of COVID-19. Living conditions and the feeling that nothing will change or improve will explode into revolt. Because of this, the bourgeoisie trembles.

One part of the bourgeoisie has begun to flirt openly with fascism, providing limited financing to “The 300”. Bolsonaro and his court tried to manipulate the situation, much in the way that Getúlio manipulated Plínio Salgado and his Green Shirts, while avoiding compromise. Its biggest move is self-defeat, with the help of the military that makes up the government. Contrary to the expectations of the bourgeoisie, the reserve’s three general ministers, Augusto Heleno (Institutional Security Office), Walter Souza Braga Netto (Civil House) and Luiz Eduardo Ramos (Government Secretariat) maintained the defense of the chief in statements to the courts and made no complaints about the profanity and threats to the Supreme Court during the meeting exposed in the video.

And what about the Congress? While the court conspired openly for a coup, the Congress approved a so-called “war budget”, which opens the government coffers for Bolsonaro to allegedly defend health (a thinly veiled excuse), and allows him to buy sufficient parliamentary support to continue openly planning the coup. If, at the beginning of the year, Congress disputed a “negligible” amount of $R15 billion in the budget, they have now surrendered and opened unlimited credit for the president to buy them off at whatever price they ask.

All of this was done with a vote of approval from the PT, PCdoB and PSOL. They bought the rope with someone else’s money and are handing it over to Bolsonaro to hang them in a public square.

The fight is in the future

The bourgeoisie has reason to be afraid. Anger is accumulating. The divisions in the ruling class have intensified since the release of the video. But in the end, the ministers of the STF do not want to surrender their necks so easily.

The Marxists have called on the Action Committees for Fora Bolsonaro and are preparing the Youth Meeting for Fora Bolsonaro, and will join together with the proletariat to end this system of oppression, misery, and social degradation that is capitalism.