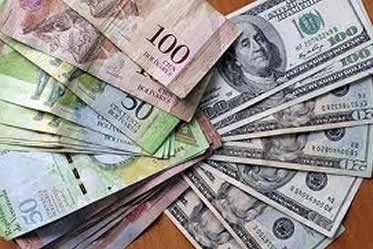 The defeat of the attempts by the counter-revolutionary opposition to overthrow the Venezuelan government by force has given way to a wide debate amongst the Bolivarian rank and file about economic policy.

On June 17, president Maduro announced the removal of Minister of Finance and Planning Jorge Giordani, who had been one of the key architects of the economic policy of the Bolivarian government since 1999. He then wrote a public letter which caused much discussion. In the letter he criticised several aspects of the implementation of policies which he said created inefficiency and did not fight corruption.

He also expressed some criticism  of the leadership style (or lack of) of president Maduro. Many of the responses centered on this aspect of his letter, rallying to the defence of Nicolás Maduro, who had been the main focus of the attacks of the reactionary opposition in previous months.

This was unfortunate as it detracted from some other points in Giordani’s letter which revealed a split about economic policies within the cabinet.

For instance he criticised the fact that both the Venezuelan Central Bank and state owned oil company PDVSA had been pursuing a more independent policy, outside of the budget, which was under the control of Giordani’s ministry.

His criticism was also directed against “the interference of a French economic financial advisory team” which in his opinion “had nothing to do with the situation in the country”.

Immediately before his resignation there was a report by US Bank of America Merrill Lynch which directly mentioned Giordani.

The report described the removal of Giordani from certain responsibilities in glowing terms:

“The ouster of planning minister Jorge Giordani from the central bank and PDVSA boards is a strong sign of the waning influence of the radical Marxist wing on economic policy issues.”

These representatives of US capital were quite pleased with this and added that:

“This change in power correlations is vital because most of the excessive gradualism that we have seen up to now has been due to the capacity of radicals to exercise veto power over key policy decisions”.

On the contrary, they said, “there is evidently greater willingness by officials to engage the private sector and investors than there was in the past. Officials even seem open to reconsidering policy decisions which have been harmful to productivity.”

Amongst the key measures that Merrill Lynch mention are the question of price controls, the labour law, and foreign exchange controls. They conclude that: “we return from our most recent trip to Caracas with a reaffirmation of our view that the authorities are taking the steps necessary to stabilize the country’s macroeconomy,” which coming from the mouth of US capitalist analysts is, to say the least, very worrisome.

In reality, measures designed by Giordani particularly after the defeat of the bosses lock out in 2002/03 have proven to be unable to sustain the onslaught of the ruling class and market forces.

The idea behind price controls of basic food products and foreign exchange controls (amongst other measures) was to try to regulate the capitalist market forces, defending the right of working people to have access to food at affordable prices and preventing a massive flight of capital.

The ruling class has found 1001 ways to avoid, subvert and openly sabotage these regulations. This is partly politically motivated sabotage of the economy in order to undermine support for the Bolivarian government.

On the other hand is the normal reaction of panic by capitalist investors faced with a revolutionary movement which they see as potentially threatening their power and privileges. Finally there is also an element of the rebellion of the productive forces against any attempt to regulate them by the state in the interests of the workers and the poor.

One thing is clear: these policies have reached their limits. Inflation has reached an annualised rate of 60%, there is a serious problem of scarcity of basic food products and the foreign exchange controls have been manipulated by the capitalists through open fraud, overpricing and the black market.

Ruling class analysts have interpreted the removal of Giordani as a defeat for those who advocated the maintenance of those measures in one way or another. They see the government’s economic team moving faster to implement measures to ease up controls and regulations.

The whole idea behind the government convening the so-called “Economic Peace Roundtable” with the capitalists was precisely to try to reach a modus vivendi between the Bolivarian revolution and big businesses.

The argument is more or less as follows: “yes we are for socialism, but conditions do not yet exist and in the meantime we need to be pragmatic and operate within the limits of capitalism. If businessmen are prepared to abandon political confrontation against the Bolivarian government and concentrate on production, then we can work with them and make concessions.”

Perhaps the clearest explanation of this argument was made in an article by Temir Porras (widely regarded as part of the “French group” which Giordani referred to) under the title of “What is to be done in this stage of the revolution” in which he calls for “pragmatism” and “macro-economic stability” which needs to be achieved “in the short term”.

The Minister of Oil and Vice Minister for the Economy Rafael Ramirez has embarked on a series of meetings and press conferences abroad with the aim of “re-establishing relations with the financial markets” (although he added that “socialism would be maintained”).

What the capitalists are demanding is clear: they want a free floating unified exchange rate, lifting of price controls, “flexibilisation” of the labour law and an end to the decree on inamovilidad (introduced by Chávez in 2003 and which protects workers from layoffs), a phased withdrawal of subsidies in the price of gasoline, amongst other measures.

There are clear indications that powerful figures within the government want to go down this road.

The problem with this policy is that capitalists will not really invest unless they are given serious concessions and any concession given to the capitalists will be to the detriment of working people, undermining the social base of support for the revolution.

The attempt to regulate capitalism has reached its limits. There are only two ways out of the current situation of economic dislocation: either to allow for the normal functioning of the capitalist market or to move towards the democratic planning of the economy for the benefit of the majority.

This is only possible  by expropriating the wealth of the oligarchy and imperialism which still control key levers of the economy in Venezuela.