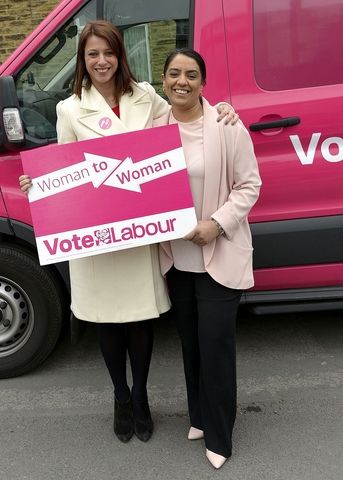 As the election results came in after the polls closed in June, expressions of shock were to be seen not only on the faces of the Tories and press commentators (who had all expected a large Tory win), but also on the faces of the Labour right wing. They had spent months arguing that Jeremy Corbyn and the ideas he stood for were huge vote losers and that a thrashing for Labour was on the cards come a general election. How wrong they all were.

So stunned were the Blairites that they could think of little to say beyond a few mumbled comments of praise for Corbyn. Some of the more extreme right-wingers in the Parliamentary Labour Party tried to argue that if Labour had stood with a more ‘reasonable’ less left-wing leader then they would have won a clear majority. The trouble with this argument is that no one remotely believes it. The rising wave of support for Corbyn post-election just confirms this.

So now the Blairites are returning to their old hobby-horse of the need to appeal to ‘traditional’ working class Labour voters? Of course, they do not seem keen to explain why some working class people are deemed ‘traditional’ and others not. It is worth remembering that the establishment and their shadows in the Labour Party have always presented the working class as either: a) no longer existing (“we are all middle class now”) and therefore no longer requiring any special attention; or b) as reactionary, monarchy-loving, foreigner-hating types who instinctively oppose anything left-wing.

Winning in the rust belt

It is the second approach that the Blairites are now pushing once more. Tom Watson, the deputy leader, got the ball rolling by demanding a new campaign to target “traditional working-class voters”. Other unnamed ‘senior Labour figures’ (i.e Blairite grandees) quickly chimed in to give support to this.

Since Labour has enjoyed huge swings in the big cities and university towns, the Blairites are now having to further qualify their view of what is a ‘traditional’ working class voter. So, according to the Guardian newspaper (3rd July 2017), an outlet that seems all too happy to report Blairite rubbish as fact, “…many Labour majorities were cut in so-called rust-belt seats – former mining towns, market towns and seaside constituencies in northern England and the Midlands. Some MPs say the party has struggled to hold on to seats that are outside major cities and do not have significant student or minority ethnic populations.’

So now we know that young people and ethnic minorities are not to be considered ‘traditional’ and worthy of being listened to.

So what is left? The careerist Labour MP Gloria De Piero seeks to explain:

"Former coalfield areas like the one I represent are called Labour’s heartlands for a reason: they are the beating heart of our movement."

"We exceeded expectations nationally at the election and we now have the chance to build on our success. In order to do that we need to listen to the voters who left us in seats like my own and act on their concerns.

An alliance of the new voters who flocked to Labour at the 2017 election and our traditional base will be very hard for a Tory party which is in total disarray to beat.”

We can but guess what she means by an alliance.

Contempt for the working class

Anti-Corbyn Labour MP Graham Smith makes things even clearer; according to the Guardian article, “He wants Corbyn to address perceptions that the leadership is not patriotic and does not support the deployment of nuclear weapons.” Smith himself then confirms, “We have to talk about their concerns – counter-terrorism, nationalism, defence and community, the nuclear deterrent and patriotism.”

Even the Guardian feels compelled to ask in response if Jones and his pals are saying that Labour should now appeal to racist sentiments. “It is not about that. There are genuine concerns about wages being undercut. We have arrived at a point where these communities in England can no longer be ignored. And if we fail to address it, we are finished.”

So there you have it. You can only draw one conclusion from what Jones is saying about who, according to these people, is to blame for wages being pushed down and the sort of Tory-lite policies that must therefore now be put forward.

The reality is that the Blairites have been happy to impose the deep-seated prejudices of backward sections of the middle and upper classes onto the workers, who can then take the blame for any push towards the right.

It is farcical to believe that white (and that is what they really mean by ‘traditional’) workers in the rundown ‘rust belt’ sections of Britain - where the old industries have been decimated by decades of Tory and New Labour neglect, and where Labour councils have acted as superintendents of austerity - are not in fact just as concerned about jobs, housing, public services, the NHS and so on, as workers in places like London.

The difference is that the press, the Tories, UKIP (and before them the BNP), as well as some Labour MPs, have been more than happy to feed these workers the poison that it is all about foreigners stealing their jobs, pushing down pay, abusing public services and, along with Europe, acting as the cause of all their problems - indeed, offering any explanation other than the real cause of the decline of these ‘rust belt’ areas: capitalism.

In truth, the establishment, far from wanting to listen to the concerns of workers, treats them with contempt.

Fight on a socialist programme

Oddly enough, Jones is right about one thing: “Our core voters cannot be taken for granted. These are people who have been let down by political elites for decades. They see themselves as being at the back of every queue.”

Yet the answer is not to present a more right-wing programme to win these sections over, complete with jingoistic rubbish about having huge armies and shooting off nuclear weapons at every opportunity. Rather, what is needed is to present a bold socialist programme and to explain why this is the only way to provide a better future for workers and their children. In fact, these communities could provide the strongest support for a socialist government if the case was clearly and boldly argued for.

Dennis Skinner, replying to the likes of De Piero and Jones, is right when he says:

“We ran a socialist campaign to a near victory. These are claims from right-wingers in the party."

"The reason that people did not vote for Corbyn was because they believed the propaganda coming from Theresa May and the Tories that Corbyn could not win. But now they will know that Labour is on the way to victory. I have no doubt we can see a Labour government soon.”

It should also be noted that people were also fed the same propaganda by many Blairite MPs and candidates up to the election day itself.

The huge rise in votes for some of these candidates was entirely down to the Corbyn effect and the positive reaction to Labour’s manifesto – a manifesto that many Blairites refused to campaign on – rather than any perceived personal qualities of various local candidates.

The lessons are clear. Labour needs to build on what happened in June by going out to all working class areas with a clear socialist programme, making it clear that this is what they will be fighting the next election on. And, most importantly, we need Labour candidates and MPs who - when elected - will stand behind that programme and not undermine it at the first opportunity.