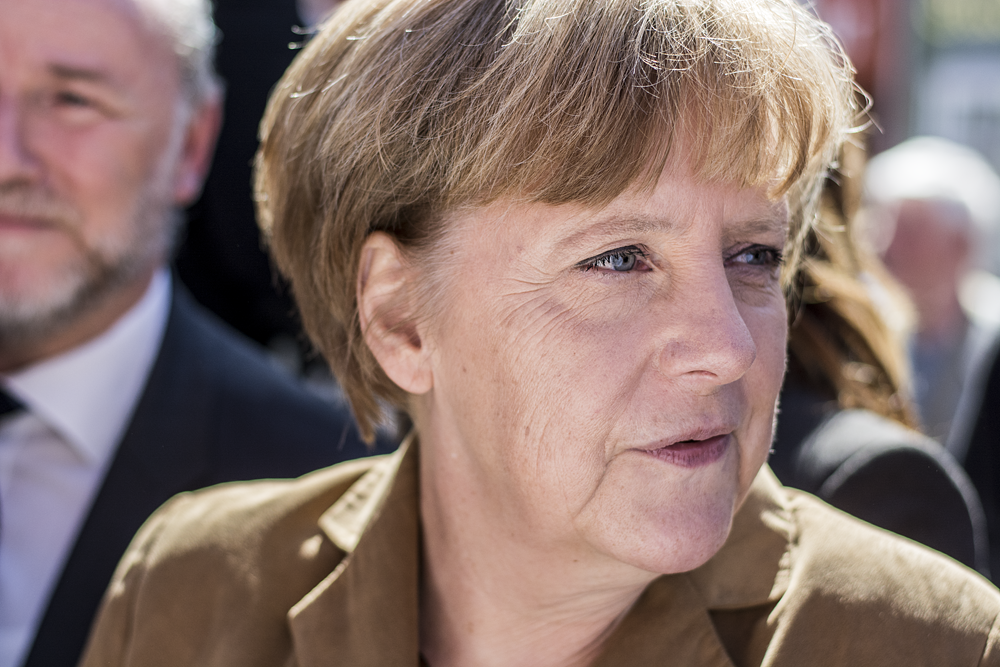 On Monday, a truck ploughing through a crowded Christmas market at Breitscheidplatz in Berlin highlighted once again the mess that has been created in the Middle East by imperialist meddling. Twelve victims are believed to have been killed while 49 have been injured. The perpetrator of this crime had hijacked the truck from a Polish driver whom he subsequently killed. After the attack, he fled the scene and is still unaccounted for.

All the attention is being focussed on the terrorist acts, but what the media conveniently leaves out is who was responsible for this mess in the first place. US imperialism - backed by its European allies - went into Afghanistan and Iraq, and later bombed both Syria and Libya, in a so-called “war on terror”. In the process hundreds of thousands of ordinary Muslims have been slaughtered and millions have been made homeless… and we are no closer now to “defeating terrorism” than we were fifteen years ago. In fact, the threat to the lives of ordinary people enjoying a night out in a cafe’ or doing some Christmas shopping has enormously increased.

Now, once again, what is clearly a tragedy for the victims, is being used cynically by the the mainstream media and by the established parties to step up a growing anti-immigration mood in Germany and the rest of Europe. All this will achieve is to further radicalise a layer of Muslim youth, as they watch the suffering of ordinary people as they are made homeless and butchered.

Marxists do not condone these terrorist methods in any way whatsoever. But it does not take much to understand how the present situation is enraging layers of marginalised youth, who can be pushed to “seek revenge” as they see it. This can lead to either “lone-wolf” attacks as they are called, or organised attacks. Outfits like ISIS exploit this situation to either organise directly terrorist attacks, or instigate individuals into doing so. Groups like ISIS also cynically promote such activities, as it is in their interest to provoke an anti-Muslim backlash in the West, which in turn become a more fertile breeding ground from which to recruit volunteers.

The wave of anti-immigrant and anti-Muslim propaganda immediately following the attack has been nauseating to say the least.

A member of Merkel's own Christian Democrat (CDU) and Interior Minister of the State of Saarland, Klaus Bouillon said that, Germany is in a “state of war” against radical Islamist terrorism. Frauke Petry, the leader of the right-wing populist Alternative for Germany (AfD) said that, "the environment in which such acts can spread was carelessly and systematically imported over the past one and a half years,” adding that, “It was not an isolated incident and it won’t be the last.”

Right-wing demagogues throughout Europe immediately attacked Merkel and her "loose" immigration policy for being the real cause behind the attack. Dutch right-wing nationalist, Geert Wilders, posted a twitter image showing Angela Merkel with blood on her hands.

On Twitter, UKIP’s Nigel Farage declared that the “terrible news” had come as “no surprise” because “events like these will be the Merkel legacy”. He added that it was “time people started to take responsibility for what has happened. Mrs Merkel has directly caused a whole number of social and terror problems in Germany. It’s time we confronted that truth.”

As if attempting to forestall criticisms, German Chancellor Angela Merkel, said that "Given our current information, we have to assume we are dealing with a terrorist attack," and later added that “I know that it would be particularly hard to bear for all of us if it was confirmed that the person who committed this crime had asked for protection and asylum in Germany.”

The whole of the European populist right are falling over each other to turn the anti-immigration hysteria up another notch and to use it for their own narrow purposes.

This, however, stands in sharp contrast to the murder of Labour MP Jo Cox earlier this year in Britain. That murder, which was carried out by a Nazi thug, was quickly whitewashed by the media as being nothing but an unfortunate act of a disturbed and deprived man. It was said to have nothing to do with the general anti-immigrant mood which had been promoted by the ruling class, in particular during the British referendum campaign, when in actual fact it flowed directly from it.

Today the same media and political elite does not have any problems in using this recent attack to vilify immigrants and Muslims across Europe - in spite of the fact that, at this point, there is no solid evidence of who the perpetrator was and why he (or she) carried out the attack.

While the Islamic State was quick to claim the attack, US and German officials could not confirm this. US State Department spokesman John Kirby said that, "there is no direct evidence of a tie or a link to a terrorist organisation, but this bears the hallmarks of previous terror attacks." So apart from the "hallmarks of previous attacks" - whatever that means - there is no evidence. This does not stop our dear politicians from using these "hallmarks" to attack millions of ordinary workers and youth who happen to be Muslim.

As an indication of what is to come, a 23-year-old Pakistani asylum-seeker who entered the country last December was arrested overnight on suspicion of being responsible for the attack, but was later released after the police determined he had nothing whatsoever to do with the attack. Before he was cleared of course, his name had already been smeared on German national media.

"They that sow the wind, shall reap the whirlwind"

Of course the attack may well have been carried out by an Islamist. But where do these Islamists come from? On this question these ladies and gentlemen maintain a deafening silence.

There is another problem here, however. These "radical Islamist terrorists" are in fact the same forces which are described as "moderate rebels" when they are fighting in Syria and which have been supported with billions of dollars and mountains of arms by the West for the past five years. ISIS itself emerged out of forces that had been promoted and backed by the US. Today of course they maintain a safe distance from ISIS - at least in public - but its spawn Jabhat Fatah al-Sham (Al Qaeda in Syria) has become the strongest rebel group in Syria, a position it has only secured with the support of Western Imperialism along with Turkey, Saudi Arabia and the Gulf States. 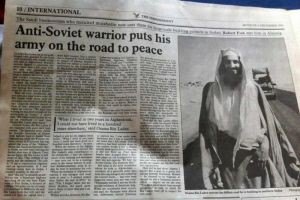 In fact, Islamic fundamentalism, would never have been able to survive as a significant force without the support of Western imperialism. Whether from its initial days in Saudi Arabia and Egypt where the movement was built up as a counter to socialist and communist influence in the Middle East, or through to the Afghan civil war which saw Osama Bin Laden's gangs drag Afghanistan into barbarism, the West has systematically supported these groups.

9/11 was supposed to have been a warning and a turning point for the West, but what is the balance sheet now of that so-called "war on terror"? In Afghanistan the West is openly discussing a deal with the Taliban, the force they initially went in to destroy, and in Iraq the disastrous occupation has turned the country into a snake’s nest of Jihadi gangs. In Syria the West, having burned their fingers in Afghanistan and Iraq, intervened through Jihadi proxies and now we see what a barbaric mess that has led to. Fifteen years after 9/11 Al Qaeda has never seen better days. It has never had a bigger network, more money or more arms. Its propaganda is reaching more people and it even has a semi-recognised emirate in North Western Syria - all justified in the West under the guise of supporting "moderate" rebels.

It is the ruling classes of the West who are to blame for the wave of terrorism and Jihadism through their wars and interventions in the Middle East and beyond. Both domestically and internationally their words stand in stark contradiction to their actions. They claim to be against Islamist terrorism, but by whipping up racist anti-Muslim moods and thereby further marginalising large layers of European Muslim youth, they create the most fertile ground for Jihadi demagogues to operate in.

The real problem facing the ruling classes in Europe is that the establishment and the old "order" has been exposed as a sham. Long established parties are in serious decline as society is polarised. Millions of people face a future of ever increasing hardship, while the elite enjoy ever more extravagant lifestyles. In this context, a section of the ruling class sees nationalist populism as an effective, diversion for the embittered working class.

Unfortunately, the leaders of the labour movement do not offer a class alternative. Instead of putting forward a socialist working class programme to expose and defeat the ruling class, they often adopt the same anti-Muslim rhetoric, presented as the need to “do something about immigration” and in many cases have directly supported imperialist wars. Effectively they have been assisting the ruling class to divide the working class on national and religious lines.

Terrorism and the generalised instability we are seeing across Europe are reflections of the crisis of capitalism. The ruling class has sown a wind and it is reaping a whirlwind. The deeper the crisis becomes, the more we will see of such events. But the solution, is not to vilify or criminalise other victims of this system. The solution is to offer to the working masses of all countries an explanation as to why all this is happening, placing the blame where it belongs, not on the shoulders of poor immigrants, but on those of the imperialist ruling classes of the West, while at the same raising the socialist programme that can solve all the problems of unemployment, low wages, high rents and homelessness affecting workers everywhere.