Economy
Share
Tweet
Last week US Treasury Secretary Henry Paulson unveiled a dramatic plan to arrest the present financial crisis and prevent future economic catastrophe. It is to cost $700bn. It sounds like a breathtaking break from neo-liberal philosophy. It’s not really. Neo-liberalism was always a giant lie. Homeless people don’t matter. People in danger of losing their jobs in a recession don’t matter. But, when it comes to banks and billionaires, self-reliance is for the birds. These people are hapless bums.

The root of the problem lies in the ‘sub-prime’ (read toxic) mortgages. In the heady years of the ever-rising house price bubble these mortgages were sold by swindlers to poor people who, they knew perfectly well, couldn’t afford them. Then they were bundled up as financial instruments and sold all round the world. This was described as ‘financial innovation’. So the sub-prime mortgages became ‘assets’ that the banks could use to lend out still more money. The trouble is, they are not assets to the banks if the mortgagees are no longer paying because they have been evicted for non-payment. There may be millions of sub-prime mortgages ticking away like a time bomb below the surface of the banking system.

Many of these borrowers have already had their homes foreclosed on. They are sleeping in cars or doubling up in trailer parks. Frankly, who cares? Capitalism has never cared about homelessness. If you can’t afford the goods (a roof over your head), then you can’t have them. That’s capitalism. You have to rely on yourself, not depend on handouts from others.

That philosophy is neo-liberalism. It has been dominant in the capitalist world for the past 25 years. Suddenly it is stone dead. Paulson has announced a sudden and dramatic reversal of policy. He has presented Congress with a plan to buy up the dodgy mortgages and lodge them in a ‘bad bank’ he calls the Resolution Trust Corporation. It’s a bail-out. The idea is that the ‘bad bank’ should gradually acquire all the toxic mortgages from the other banks and financial institutions. Sellafield in Cumbria processes all the nuclear waste that is a by-product of our (totally stupid) nuclear power programme. In the same way the Resolution Trust Corporation will process and store the financial ‘plutonium’ and other poisonous isotopes that have been generated by the present financial crisis. 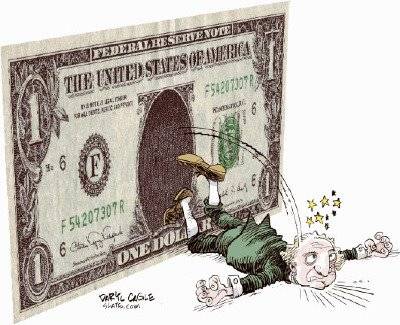 Processing financial waste products doesn’t sound like a way of making much money, any more than handling nuclear waste is a way to profit. Indeed Sellafield costs us taxpayers vast sums of money. Naturally Paulson has pencilled in the US taxpayer to stump up the requisite cash. It’s likely to cost – wait for it - $700bn. If he gets away with it, Paulson will have the capitalist world in the end returned to its natural harmony, with the private banks making all the profits and the taxpayers holding all the losses.

It sounds like a breathtaking break from neo-liberal philosophy. It’s not really. Neo-liberalism was always a giant lie. Homeless people don’t matter. People in danger of losing their jobs in a recession don’t matter. But, when it comes to banks and billionaires, self-reliance is for the birds. These people are hapless bums. As Michael Roberts wrote a few days ago, “Most of the money (for the Paulson plan) will go to help the fat cats of Wall Street get out of their mess.  You see, when it comes down to the impending collapse of capitalism, suddenly socialism is a good idea.  It’s just this is socialism for the rich, while the rest of us have to continue to live under capitalism.” (See Socialism for the rich, capitalism for the poor)

Two weeks ago Fannie Mae and Freddie Mac, the giant mortgage insurance companies, were effectively nationalised. The US government effectively took over responsibility $5.3trn (yes, trillion) in mortgages. Then insurance behemoth AIG was nationalised for another $85bn. Effectively Paulson has socialised the entire US mortgage asset base. He had no choice.

So the financiers screw up spectacularly by engineering a gigantic crisis. They are to blame. Even George W. Bush has described them as “irresponsible individuals.” Then they are bailed out. Meanwhile ‘little people’ are left to go hang in the recession triggered by financial collapse and, to add insult to injury, have to stump up to cover all the damage the wasters have caused.

Surely Paulson must have thought long and hard about his proposal to demand $700bn from the American people with menaces? Not really. The written ‘plan’ is just 2½ pages long! Congress has been given till Friday 26th September to agree and, in so doing, take responsibility for the tax hike. Take it or leave it. They have to sign a blank cheque. It’s bail-out blackmail!

The sheer arrogance of it is breathtaking. Naturally Congress is abuzz with talk along the lines of, ‘Didn’t we chase George III out for behaving like this?’ But they’re all at sea. In debating the plan there is the normal log rolling, horse trading and special pleading you get in capitalist democracies. There is also the natural tendency for the Democrats to tell the Republicans (correctly), ‘There’s another fine mess you got us in to.’

And there are practical problems with the plan. The securities to be investigated are fantastically complex. That is one reason why they’re not secure. We now realise that the financial whizz-kids who devised them didn’t have the foggiest idea what they were worth, if anything. They roll up perfectly good financial assets in with the toxins. How is a man in a suit supposed to walk into a bank and identify and sift out as dodgy a specific mortgage in Pennsylvania listed on a piece of paper? At best this is painstaking work that will take years.

But, we told we haven’t got years. The financial system needs saving now – by Friday! Warren Buffet, the world’s richest man, threw his weight behind the programme in order to avoid “an economic Pearl Harbour.” He went on, “Last week, we were at the brink of something that would have made anything that’s happened in financial history pale...I’m not saying the Paulson plan will eliminate the problem but it’s absolutely necessary, in my view, to avoid going off the precipice.” 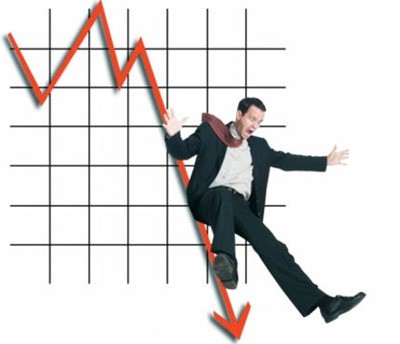 So the pressure is on Congress. ‘You don’t have to agree,’ they are being told by big business, ‘But, if you don’t, the world will come to an end next Monday.’ Ordinary Americans can see that Main Street is being hammered for the benefit of Wall Street. Flint car worker Lew Rough, interviewed by the ‘Financial Times’ (24.09.08) declares, “We’re not losing sleep over a few people losing their jobs on Wall Street...People who can’t pay their mortgages are going to look at Wall Street and say, ‘If they got bailed out, why not me?” Even John McCain has joined the refrain. “We are not going to leave the workers here in Michigan hung out to dry while we give billions in taxpayer dollars to Wall Street,” he says. The trouble is, Buffet is right. If the banks are not bailed out, we could be looking at economic Armageddon.

It gets worse. If the main thing is for the government to be seen pumping in money - ‘as much as it takes’- then that puts the financial institutions that hold these rotten financial assets in an enviable position. They can pretty well charge what they like. After all, it’s just the poor, stupid taxpayer who ends up bearing the burden. The taxpayers will get their revenge by giving Congress a good kicking if they find they’ve signed up to a dodgy deal. This row could run and run.

Though we see all the brinkmanship going on as this is written, it seems likely that Congress will crumble before the deadline. If the deal goes through, that could still put pressure on the dollar and on bond markets, as the burdens are loaded on to the national debt. And if Congress does refuse to sign, then financial markets could get really interesting next week.

Inevitably the crisis and the ultimatum impact on the Presidential campaign. $700bn spent bailing out the bankers is $700bn that can’t be spent elsewhere - on reforms or for the poor. Barack Obama has ambitious and expensive plans aimed at health care, education, infrastructure, alternative energy and other concerns. Those plans are completely up in the air if the bail-out goes through. Obama’s a realist, that is to say he is a capitalist politician. "Does that mean I can do everything that I've called for in this campaign right away? Probably not," he said. He hasn’t said what proposals might be delayed first.

So, if you want to know who has won the Presidential elections, the bankers have won. The banks are too big to fail. That’s before a single person has voted. Whatever the final outcome, this incident is going to leave a very sour taste in people’s mouths. Basically, ordinary American working people have been swindled. They have been shown in the starkest way that the country is run by the rich for the rich. And a lot of them may conclude that it’s time that changed. The banks should not be bailed out for the benefit of the rich but should be taken over as part of the socialist transformation of society.