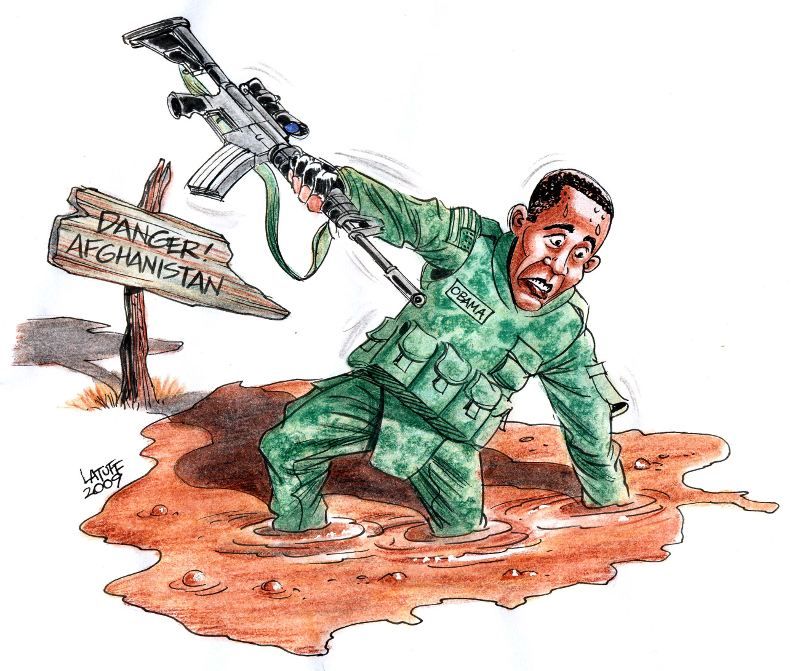 The declining economic and financial power of the United States has its political ramifications throughout the whole of the Middle East, as social upheaval increases and the reactionary regimes fear for their very survival in the coming period.

The festering wound of the Israeli-Palestinian conflict continues to bleed and torment the oppressed of the region. The incompetence, rotten and reactionary regimes in the region together with the so-called “international community” have failed even to begin to find a solution to this dispute. In fact they are more incapable now of “pacifying” the region than ever before in the history of this conflict.

The declining economic and financial power of the United States has its political ramifications. Israel’s reactionary rulers are increasingly more indignant and obtrusive to the US administration. The medieval monarchies and the despotic rulers in the Arab countries are becoming more and more sceptical about the power of the “empire” to sustain their tyrannical rule. The contradictions are becoming ever sharper and the consequent rising social convulsions from Egypt to Saudi Arabia are terrifying these obscurantist and rotten elites. They are now hobnobbing with the Chinese and the Russians to secure their positions.

Of the US$7.2 trillion in international reserves, $1.3 trillion are held by Arab countries – China holds around $2.3 trillion – and the nations interested in moving away from trading oil in dollars are believed to hold over 80 percent of international dollar reserves. The spectre of such a move sends shivers down the spines of the arrogant bureaucrats and politicians in the corridors of power in Washington. Although regimes like that of the Saudis are too impotent and obsolete to embark upon such a venture, the unravelling of the downward spiral of US hegemony seems to be a real possibility as the crisis worsens.

This was the main reason for the US aggression on Iraq. The intensification of the war in Afghanistan also reflects this vital aspect of the imperialist policy interests of the USA. And yet a financially debilitated superpower finds itself paralysed in launching such a surge. According to a CNN report of October 7, there are,

Commenting on the present economic situation, the most celebrated US economist of recent times, Alan Greenspan said, “Unless somebody can find a way to change human nature, we will have more crises.” Perhaps Mr. Greenspan is not that naïve to know that this greed is the creation of a system (capitalism) that has become redundant and is historically doomed. It is doubtful that he believes in the theory of Genesis, hence he would know that “conditions determine consciousness”. This psychology can only be changed by the overthrow of capitalism through a socialist revolution. In its essence Mr Greenspan’s statement is not that far away from reality.

The jobless and frail recovery is not of any consolation to the rulers of the advanced capitalist countries. It fails to rehabilitate the confidence of the imperialist ruling classes. This is reflected in the shifts, hesitations and indecisiveness in their foreign and war policies.

On the other hand, the regimes of this volatile region, from Hamid Karzai to Zardari to Manmohan Singh, are trying to impose and sustain capitalism that has rotted to the core. These rulers have racked their brains to pass off shame as honour, cowardice as courage, pusillanimity and ignorance as wisdom, humiliation as virtue and wholehearted acceptance of imperialist domination as moral regeneration. The immense poverty, hunger, disease, unemployment, deprivation, wars and terror that stalk these lands is threatening the basic fabric of human culture and civilization. This cannot endure.

The demon of barbarism has given up all pretence of disguising itself and has emerged with open fangs ready to tear up humanity in an orgy of devastation. That is the real and traumatising role of capitalism in Southern Asia. But this catastrophic turmoil cannot be tolerated by the toiling masses of the region. The masses have risen and again they will enter the arena of history to change their destiny with their own bare hands. The only path to this goal is to be found in the overthrow of capitalism through a socialist revolution. The forces of revolutionary Marxism are building below the turbulent and catastrophic events that are shaking these societies. Their strength may be modest at the moment, but they will expand and be victorious. After all it is they who have to deliver the verdict of history – the emancipation of the human race itself.