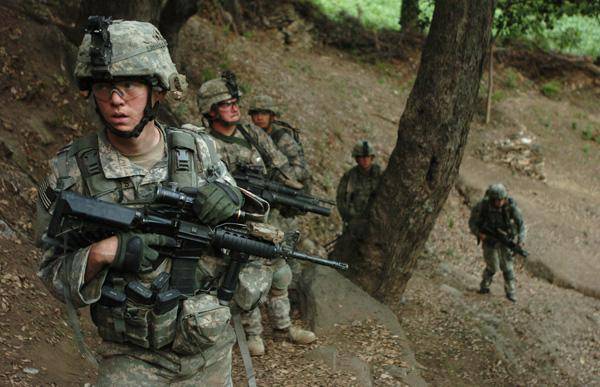 The Summer 2010 edition of the Asian Marxist Review is soon coming out. Here we provide the Editorial, which makes a comment on the crisis affecting all Asian countries to one degree or another.

The spectre of a humiliating defeat in Afghanistan haunts the mightiest imperial power in history. Another historical empire is teetering on the brink. The economic fallout of the recent period has shattered the confidence of the ruling classes. Their political representatives, military generals, wily diplomats, economic strategists and their ideologues are in a state of unprecedented disarray and despair. Their confusion and conflicts have been exposed and they are exceedingly becoming inept and incapable of finding a way out of this burgeoning crisis of capitalism on a world scale. The regional wars, conflicts, unrest and social turmoil have become festering wounds for those societies. Across Asia the crisis has devastated the masses.

The insolence and arrogance of the Israeli state has assumed levels yet unforeseen. The brutal attack on the peace flotilla taking aid to the Gaza strip also exposed the increasing frustration and madness of the strategists of the Zionist state. The hard line policies of the reactionary right-wing regime of Netanyahu are a welcome gesture for the fundamentalist leaders of Hamas in the Gaza strip. The blockade and sanctions not only increase the control of Hamas over the besieged Palestinian masses but they also become a source of its income from the taxation on the utilities and goods smuggled through the tunnels to Egypt. It is the ordinary Palestinians who are suffering the most. The leadership of Al Fatah in the West Bank has totally disgraced itself by capitulation to imperialism. The liberation of Palestine is more of a dream now than it was sixty years ago. The failure of a two state solution is being acknowledged even by its authors.

There is no solution or an end to the suffering of the Palestinians on a capitalist basis. Most Arab and Muslim rulers of the region don’t want the Palestinian issue to be resolved. However, now there is a rising discontent from Saudi Arabia to Egypt. The first stirrings of a mass revolt in these countries are almost palpable. Without a Socialist federation of the Middle East this tumult will further aggravate. 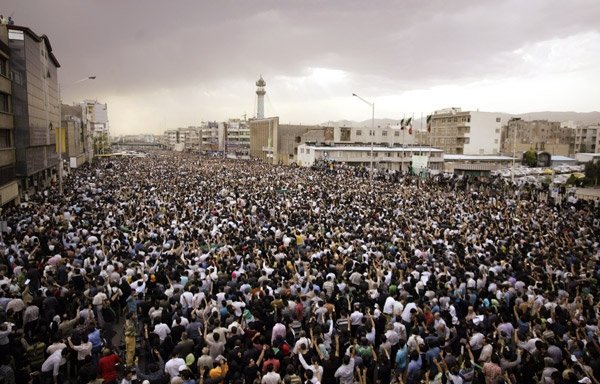 Revoltutionary movement of the Iranian masses. The masses in Iran after one year of the revolutionary uprising are more oppressed than ever before. The Islamic Revolutionary Guards have become much more brutal. Opposition press has been banned, protesters imprisoned and tortured and streets flooded with troops to intimidate ordinary Iranians. Even the so called hardliners have lost control of their own creation. The reactionary regime of Ahmadinejad bends international issues to its own favour. The youth and working masses have been captives of this peculiar dilemma. As soon as a revolt erupts from below, the fundamentalists in power use ‘anti imperialist’ rhetoric to gain the support of the backward layers of society and unleash the brutality of the state, the Basiji and the IRGC upon the masses in struggle. The western hypocritical rhetoric of “democracy and human rights”, with its blatant double standards plays into the hands of the shi’ite mullahs. However this vicious game cannot go on forever. The movement last year fractured the regime. Not only are there new strike waves of the workers in the factories emerging, but the cracks within the fundamentalist monolith are opening up. This regime cannot endure another mass revolutionary upsurge even on the scale of the movement in the summer of 2009.

In China there has been an unprecedented wave of victorious strikes that has given enormous confidence to the massive proletariat. Even the migrant workers have shed their alienation and participated in the strike with a renewed vigour. This has shocked the bureaucracy and the splits in the clique are becoming more open. This has forced sections of the bureaucrats to introduce reforms to divert the revolt from below. But this will further increase the conflicts within the ruling strata and could further invigorate the workers to advance their struggle. With the increase in the growth rate, which strengthens the working class, China will have to brace itself for a stormy period of revolutionary upheavals.

The Indian state is increasingly losing control of vast territories and the Maoist insurgency is gaining strength and support. The Stalinist leaders of the CPIM and CPI have openly come out with policies of “neo-liberal” capitalism. They are losing the electoral support they had through reforms in the past, particularly in West Bengal. The increasing orientation of the youth towards the Maoists is also due to the failure of the CP leaders to present a revolutionary alternative. The right-wing Hindu fundamentalists are splitting rapidly and are in a deep political crisis. The policies being pursued by the Congress government are bringing only poverty and misery to a billion people in spite of a high growth rate. The Maoist struggles are mainly in the forests of Jarkhand, Orissa, Chattishgarh, Bihar, Andra, Bengal and some other eastern and southern states. The urban centres are in a relative lull but immersed in a devastating crisis. When the huge Indian proletariat moves into action it will cut across the corrupt and obscene political spectrum and raise the possibility of revolutionary Socialism. Such a scenario will open floodgates of mass revolutionary movements especially in the South Asian subcontinent.

Across the map there is uncertainty, anguish, instability and social ferment in every country. In some cases it has exploded into mass movements that have overthrown or fractured the incumbent regimes. From Iran last year to Thailand and Kirghizstan this year the masses have revolted on real issues of poverty, misery and deprivation. Without a Leninist party and a genuine revolutionary leadership these movements were distracted and suffered retreats. But the crisis of capitalism refuses to go away; rather it intensifies every next day. The agony and suffering it inflicts upon the working masses is becoming more and more intolerable. This callous system is not the destiny of humanity. New revolutionary mass movements will erupt in the coming weeks and months. The forces of revolutionary Marxism although modest are developing and gaining strength in several countries. Just in one major country if the mass movement erupts with a substantial Marxist force, then a Socialist Revolution will be on the order of the day. A Socialist victory will be a reality No wall or frontier will be able to stop this revolutionary tide. It will be the beginning of the epoch of the emancipation of the human race.