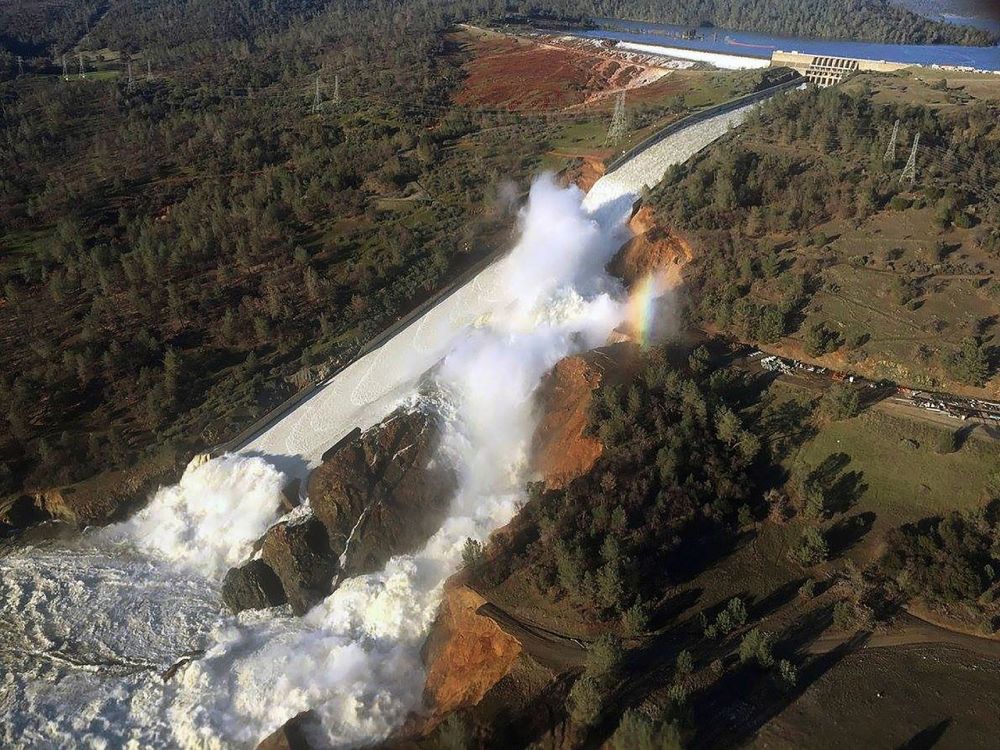 Neither taxation nor privatization will keep our water clean, bridges safe, or roads intact. Taking control over these essentials means a fight against those who hold them–and us–hostage under a failing system.

In early 2017, Oroville Dam, the biggest earthen dam in the world, was on the verge of catastrophic failure. Oroville Dam holds back the second most voluminous reservoir in the California water system. As such, it is vital to supplying water for agricultural and residential use in California. Naturally, the dam’s potential problems made national headlines as thousands of people evacuated their homes. It is easy to see this as an isolated incident, unique to the conditions of northern California. In reality, however, the infrastructure of the entire country is crumbling.

The material foundations that make the world we live in today possible—from roads and bridges to power grids and sewers—have decayed to a dangerous degree. If the US does not put extensive effort into repairing and replacing its infrastructure, events similar to those in Oroville will become regular occurrences—except unlike in Oroville, there will eventually be deaths involved. In Los Angeles alone, we are forced to use 56,000 structurally deficient bridges and inhabit 13,500 seismically unsafe buildings. 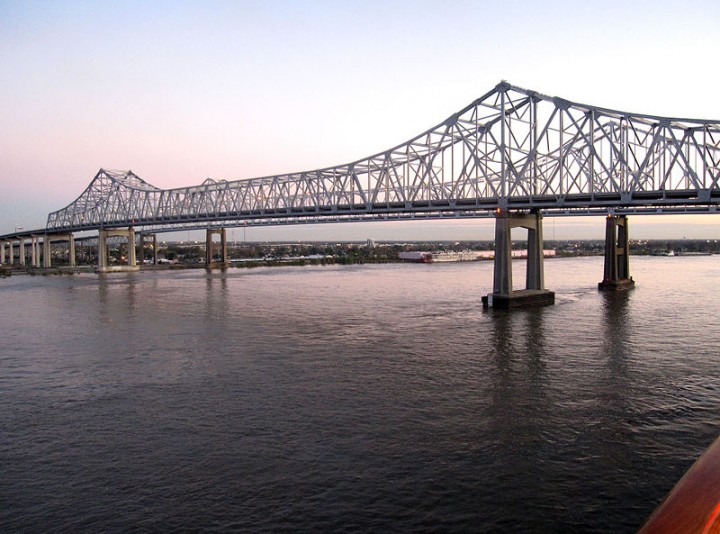 The decrepit state of America’s infrastructure is no accident. Its rise and subsequent fall have been an ongoing process since the very founding of the country. The way infrastructure has been built has changed drastically over the course of history. To fully understand where things are today, and how to move forward, we need to look back. This is a long story rich with lessons about the failures and cruelties of capitalism. The ruling class used the nation’s infrastructure as a tool to benefit them when it was convenient and now leaves it to rot when it no longer serves their short-term purposes.

For the majority of US history, the country did not depend on federal funding to build up infrastructure. Most of the funding came from the states or private sources. Due to the chaotic and inconsistent nature of the funding, there were few-to-no standards when it came to roads and other public works, let alone any sense of a large-scale plan to improve or maintain efficiency. However, in the early 20th century, there was a new force at play to push the roads forward: the ever-more-affordable automobile. Rising auto giants like Ford knew that for people to view cars as a necessary purchase, they needed a place to use them. 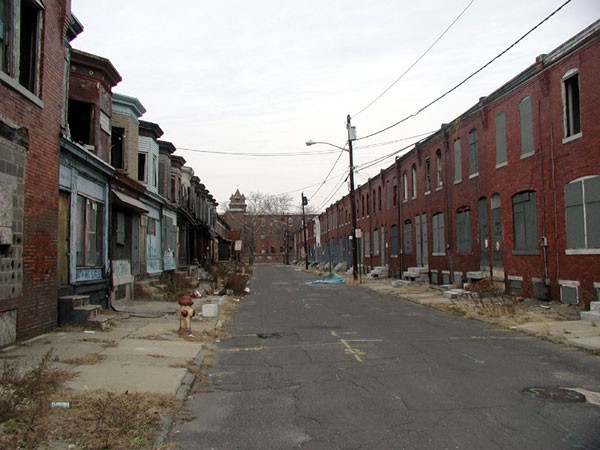 Camden, New Jersey has some of the worst housing in the USA / Image: Phillies1fan777

Consistent defenders of the free market would argue that it was not Henry Ford’s responsibility to ensure a car was usable once it left his factory. However, that argument does not hold up to the historical facts. For working-class individuals who could not afford cars, 'public' transit was their only option. However, city buses and trains were hardly public. Private businesses owned them and invested in related infrastructure to ensure profitability. Just as a train cannot run without a track, a car has difficulty operating without a road. Also, companies almost immediately began using large trucks to transport their goods and commodities on roads they both built and paid for.

But the commercial needs of the country meant that serious funding was necessary—not to mention the need to move troops rapidly from one end of the country to another, both to secure against foreign invaders and to put down civil unrest. From the Federal Aid Road Act of 1916 to the Federal Highway Act of 1921, through to F.D. Roosevelt’s administration, the federal government increasingly stepped up its commitment to building up highways, bridges, airports, and other infrastructure essential for the continued flourishing and defense of capitalism. After World War II, investment picked up the pace with Eisenhower’s championing of the interstate system through passage of the Federal Highway Act of 1956.

Regressive taxes on gasoline are the primary way roads and other forms of infrastructure are funded. Superficially this makes sense: by using gas you are using the road, the more gas used, the more you should pay to use the highway. In theory, those who cause the most damage pay the most for their maintenance. In reality, this could not be further from the truth. The damage to a road goes up exponentially based on the weight-per-axle of a vehicle. University of Michigan economist Richard Porter estimates that the average long-haul commercial truck damages roads at a rate 1,000-times greater than the average personal automobile.

Coupled with the fact that these vehicles travel distances much farther than the average worker drives, it is clear who is causing the most damage and, therefore, who should pay the most. But from the beginning, the ruling class has shifted the cost of the public roadway system squarely onto the backs of the working class in the form of regressive gasoline and income taxes. 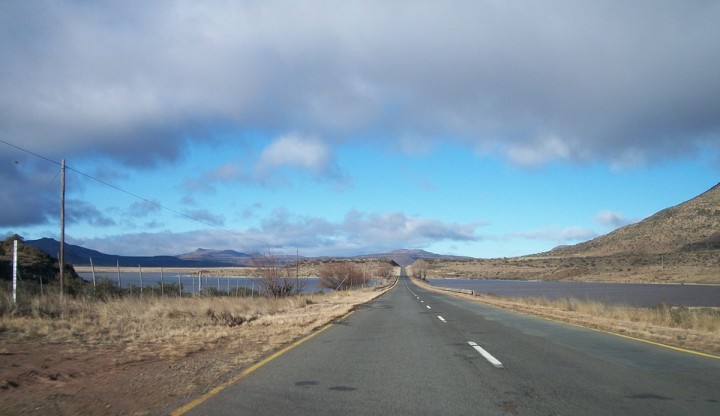 Many of America's highways are in a serious state of disrepair / Image: elnab

Today, the federal highway system runs more than 46,000 miles long with most of the roads four lanes wide or more. When building through the sparsely populated middle of the country, finding space is less of an issue. However, when creating these highways in the dense urban centers of the coasts, some things have to be cleared to make space. Overwhelmingly, the areas targeted for removal hav been more impoverished and prominently populated by minority workers. Anthony Foxx, former head of the Department of Transportation, estimates that between 1957 and 1977, the federal government used eminent domain laws to force over 500,000 households to relocate, a majority of which belonged to black and Latino families.

In some instances, the chaos of the free market hamstrung the plans made for these stolen areas. A prime example is Lambert International Airport in St. Louis, bought out over 3,000 black workers’ homes to expand the runway to increase profits but now sits with vastly more capacity than it needs due to air traffic shifting elsewhere. In Los Angeles, where the city’s socioeconomic differences are glaringly evident on a map, one finds another story of highways tearing poor neighborhoods apart. As an example, on the east side, several highways butchered the predominantly Latino neighborhoods. Wealthier districts such as Beverly Hills successfully lobbied against running the freeways through their neighborhoods. 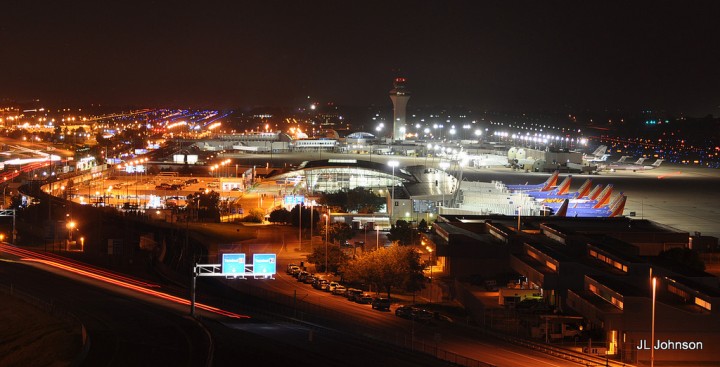 Over 60 years after the federal government created the highway trust fund and forced the sacrifice of countless workers, the question remains: what do we have to show for it?

The significant achievements of engineering and labor that have been celebrated as shining examples of capitalist possibility now threaten to collapse like ancient ruins left to rot under the relentless onslaught of time. However, unlike the abandoned ruins of Persia or Rome, hundreds of millions of people use and depend on these roads, bridges, buildings, and sluice pipes every day. The American Society of Civil Engineers’ most recent “Infrastructure Report Card,” gave the country’s infrastructure a D+.

They estimate that the total cost to fix and upgrade it over the next ten years will come to a staggering $4.6 trillion, with $2 trillion remaining unfunded. When comparing these 'report cards' throughout the years, the trend towards decline and underfunding grows worse and worse. To say the ruling class is unaware of the need for funding would be incorrect, as shown by Trump’s chimeric $1 trillion infrastructure plan, which still fails to come close to providing the necessary funding.

The liberal wing of the current system believes that the key to bridging the funding gap lies in increasing regressive taxes like the gas tax. However, this merely continues the same policy of forcing the working class to pay for the crisis caused by the ruling class. Furthermore, as fuel efficiency continues to rise, and electric cars become common, gasoline usage will decline. Most significantly, however, is the fact that the government frequently diverts the funds it raises to use on infrastructure into other projects.

For example, in California, a 12 cent tax increase on gas saw 30 percent of the revenue diverted to non-transportation related projects. There are similar examples around the nation, with states using infrastructure revenues to pay salaries, debt, or redirecting it into their general funds. So if the government is incapable of solving these problems, surely it makes sense for infrastructure to be privatized to help take the load off the government, right?

This is precisely what Trump has proposed with his the call for private companies to put money into building and rebuilding our infrastructure. However, this is not a new idea at all. The public has sold off utilities like water and power in the past, and though this has led to increased private profits, it has not resulted in shining results for working-class Americans. For example, Atlanta, Georgia signed a 20-year contract with United Water Resources, only to back out of it four years later due to public outcry over the drastic decline in water quality. 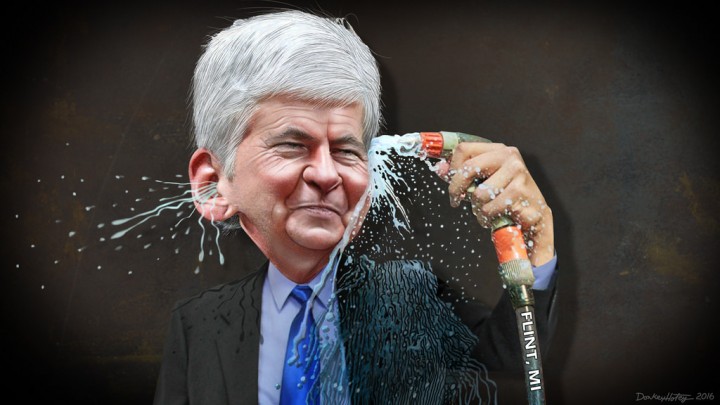 The water crisis in Flint, Michigan was an infrastructural catastrophe / Image: Flickr, DonkeyHotey

This kind of thing will continue because capitalism will always place profits over human need. The invariable prioritization of profit is the reason why electricity companies can continually raise rates on their customers, and why Flint, Michigan went without clean water for over 1,000 days. So how should we go about fixing and funding the crumbling relic of American infrastructure?

More correctly, the way to pose the question is who should pay for our nation’s infrastructure. The ruling class insists that the workers should carry the burden. We say: make the rich pay! The $4.6 trillion needed to fix the US’s infrastructure is a pittance in comparison to the entire wealth of the ruling class. The crisis of infrastructure is not merely a question of minor inconveniences like potholes on the road, but a matter of life and death for millions. The ruling class can afford to skirt the effects, but without access to private jets and helicopters, the working class depends on public roads and bridges with no alternative.

If the ruling class had it their way, the workers would pay for fixing infrastructure with our money and our lives. As the Democrats and Republicans continue to squabble over taxation vs. privatization, we must be clear that these are both nonsolutions to a pressing problem that cannot be meaningfully addressed within the limits of capitalism. We call for a massive program of useful public works to create quality union jobs to rebuild our infrastructure, as well as free, expanded, and efficient public transportation for all.

To achieve this, the working class must organize in a class-independent political party of its own and fight for socialism. When organized, the working class has unstoppable power. When we are divided and disorganized, we are easy prey for the greed of the bosses. By fighting for and winning socialism we can improve the lives of every worker in incredible ways, from cleaner and cheaper water to safer, shorter commutes and much much more.