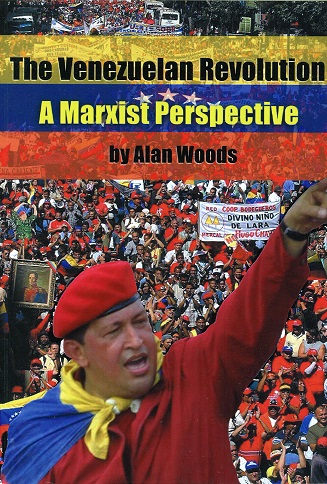 The last couple of months have seen a ramping-up of attempts by the US to launch a coup in Venezuela. Under orders from the White House, Juan Guaidó declared himself “president in charge” at a street tally. Immediately, the rogue’s gallery of Trump, Bolsonaro, Macri and others recognised Guaidó, then called on the Venezuelan army to declare itself loyal to this new ‘president’.

The coup aims to smash the Bolivarian Revolution, and with it, all of the gains hard-won by the working class and peasantry of Venezuela. This aim has been openly expressed by Guaidó. The opposition plans to privatise the nationalised companies and the expropriated landed estates; ‘open up’ the oil industry to foreign multinationals; carry out mass layoffs of public sector workers; destroy all social programmes; and privatise health care and education. And this is just the beginning.

Click here to buy The Venezuelan Revolution: A Marxist Perspective for £3.99!

Unfortunately, the policies of Maduro and the PSUV bureaucracy have aggravated the situation. The crisis in Venezuela is not due to socialism, but due to the constant attempts to seek a compromise with imperialism and the Venezuelan ruling class. Back in 2005, Alan Woods, in The Venezuelan Revolution: A Marxist Perspective, explained that it is impossible to make half a revolution. Instead, he proposed the following way forward:

“[W]e have pointed out that the Venezuelan Revolution has begun, but it is not finished, and it cannot be finished until the power of the Venezuelan oligarchy is broken… This means the expropriation of the land, banks and big industry under workers’ control and management. It means the arming of the people. It means the setting up of action committees linked up on a local, regional and national basis. It means that the working class must organise independently and strive to place itself at the head of the nation. And it means that the Marxist tendency must strive to win over the majority of the revolutionary movement.”

The ongoing crisis in the country categorically proves that it is the ideas of Marxism, and not of ‘twenty-first-century socialism’, that would have shown the way forward. It is for this reason that Wellred Books, the bookshop and publishing house of the International Marxist Tendency, proudly presents Alan Woods’ The Venezuelan Revolution: A Marxist Perspective in eBook format. This book, long out of print, was originally published in May 2005 as a collection of articles covering the momentous events of the Bolivarian Revolution. It should be read by all socialists who want to understand the background to the situation. It contains excellent lessons for revolutionaries in both Venezuela and the rest of the world.

It is available for purchase for only £3.99 from the Wellred Books website here: https://wellredbooks.net/the-venezuelan-revolution-a-marxist-perspective.html

The book begins with the April 2002 coup, spearheaded by the wealthy businessman Pedro Carmona and aimed at putting the country and its considerable oil wealth firmly in the grasp of US imperialism. This coup, the book explains, was defeated by the direct entry of the masses on to the stage of history. The book was not written with the benefit of hindsight. Instead, it follows the events, step by step, up until 2005, when President Hugo Chávez declared that the aims of the Venezuelan revolution could only be achieved by abolishing capitalism.

Alan Woods writes, not from the point of view of an outside observer, but as someone who has energetically engaged in the defence of the Bolivarian revolution. He is a founding member of the Hands Off Venezuela Campaign and has visited the country many times. He has spoken at large meetings of workers and peasants, and also held meetings and discussions with President Chávez, which are covered in detail in the book.