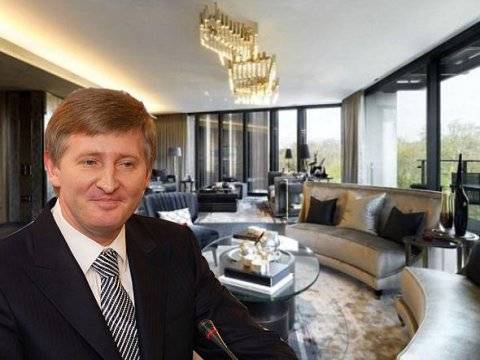 On May 20th, Rinat Akhmetov, Ukraine’s wealthiest man and oligarch boss of the South East of the country had called for a mass mobilisation against the Donetsk Peoples’ Republic and for a united Ukraine.

The Western media had made a big deal of this as they were hoping to prove the correctness of the line they have been feeding us: the rebellion of the Donbas is the result of a small group of separatists, terrorists and Russian agents, holding the population at ransom.

Even Minister of Interior Avakov seemed enthused by his support. On his Facebook account he wrote: “Finally some energy. The strength and energy of the people will sweep the terrorist filth better than any anti-terrorist operation”

Perhaps the reason he was so hopeful is that one month later, the “anti-terrorist operation” has completely failed in all its aims and has only managed to push the population in the Donbas further away from Kiev and his “acting government”.

The New York Times published a glowing article about the so-called “steel worker patrols” in Mariupol with the title “Workers Seize City in East Ukraine from Separatists” . But even this article was composed mainly of extracts from press releases of Akhmetov’s company Metinvest and quotes from managers and directors of the oligarch’s companies, revealing the real character of this “movement”. One line gave the whole game away: “The chief executive of Ilyich Steel Works, Yuri Zinchenko, is leading the steelworker patrols in the city.”

Clearly this was not a spontaneous movement of steel workers, but rather, one where the company had threatened the workers to participate in. The NY Times itself said it in so many words: “Yuri Ryzhenkov, the chief executive of Metinvest, which is ranked among the top five steel producers globally, said managers had been conveying to workers: ‘The most important thing you have is the steel mill. If you have the steel mill, you have jobs, salaries and stability for your families.’”

As a matter of fact, in Mariupol, feelings are very strong against the Kiev authorities after the May 9th standoff, in which Army and National Guard forces attacked the local police (which had rebelled and sided with the Donetsk Republic) and an indeterminate number of police officers and unarmed civilians were killed in the clashes.

On the day however, the “Voice of Donbas” mass mobilisation promised by Akhmetov failed to materialise. Western journalists were left looking a bit silly looking for evidence of the crowds of workers who were supposed to rally against the “separatists”.

About 300 people were bussed to the Donbass Arena football stadium, owned by Akhmetov, to listen to the man himself, on a giant screen. The correspondent of The Economist, Tim Judah published a picture which clearly showed an empty stadium with a few people in one corner (<blockquote lang="en-gb"><p>300 or so listen to akhmetov on screen in shaktar stadium. Told to come this morn. Limp as last pro Donetsk rep rally.

300 or so listen to akhmetov on screen in shaktar stadium. Told to come this morn. Limp as last pro Donetsk rep rally pic.twitter.com/aGiGhj8C4h

Video evidence confirms the pitifully low attendance, particularly if you consider that Akhmetov is the country’s wealthiest man (worth an approximate $11.6 bn) and employs around 280,000 people in the region.

Even the previously gung-ho NY Times was forced to admit the whole business had been a flop, although it felt the need to treble the number of those in attendance: “In Donetsk, the regional capital, as many as 1,000 of Mr. Akhmetov’s employees gathered at the Donbas Arena, the local soccer stadium that he owns, to watch Mr. Akhmetov’s statement broadcast on a jumbo video screen. Some waved orange flags of the local Shakhtar soccer team. Many of those who attended said they had been brought to the arena by bus and did not know why they were there. The event ended after about 20 minutes.” (our emphasis, read article here)

Was this the only protest on the day? Akhmetov had also called for people to beep their car horns at lunchtime and there is a video of a few cars doing so but The Guardian was also forced to admit that “just how many were there spontaneously was unclear, however, as taxi drivers in the city reported text messages from their companies demanding compulsory attendance and horn beeping.” (Read article here).

Some of Akhmetov’s factories did stop work briefly at lunch time and meetings took place. However the only example of this that the Western media was able to find revealed clearly the character of these “protests”.

The Financial Times described it in the following terms: “At Enakievo Metallurgical Works, a factory outside Donetsk that employs 6,000, only a few hundred workers went to the ordered rally, which took the form of a team meeting and lasted less than 10 minutes.”( http://www.ft.com/cms/s/0/73cdf238-dfec-11e3-9534-00144feabdc0.html) According to the FT report, the meeting was addressed by the factory’s general director whoc complained that armed men had seized the industrial railway on which the factory depends. This action had been carried out by the Donetsk Republic militia the day before, but significantly the director did not mention this nor made any direct reference to the Republic, probably for fear of infuriating the audience.

Stas, a worker present at the rally later explained his views to the FT: “Akhemtov is a businessman. He is looking after his business interests, it’s natural”, adding that he did not share his bosses’ views on the rebels.

Explaining the reasons why the workers are against Kiev he gave two reasons: one was that the workers had been alarmed at the announcement that the new “acting government” was to downgrade Russian language from its official status; and two, that they were concerned “at the economic direction the country was taking”, mentioning the devaluation of the currency, lack of investment in the factory and rising price of petrol amongst other things. This confirms what we have explained, that the uprising in the Donbas has deep rooted social, economic and national democratic causes, rather than being the work of machinations of “Russian agents”.

The complete lack of support for Akhmetov’s protest is highly significant as he was until very recently the real boss of the region, in the classic mafia meaning of the term, the local oligarch who was able to move all the levers of political and economic power. Oblivious to reality, Akhmetov announced in a press statement sent to the Western media that one million had taken part in his protest! Perhaps this was the way it looked from his 136 million pound penthouse at One Hyde Park in London!

But as significant as this was the answer of the Donetsk Republic to Akhmetov’s challenge. In a series of twitter messages and a press conference, Denis Pushilin, the chairman of the Donetsk Peoples’ Republic Council, announced the nationalisation of the oligarchs! The statement declared that “the oligarchs’ refusal to pay taxes to the Republic amounts to a declaration of war. Akhmetov has made his choice against the people of the Donbas. The Donetsk Peoples’ Republic has decided to start the process of nationalisation” and the appeal ended by saying: “We will not be stopped. Everyone should remain in the places of work. These businesses are now yours”!

Whatever the intentions of the leaders of the movement in the Donbas (and amongst them there are many Russian nationalists, reactionary elements, adventurers and others who accidentally have found themselves at the helm of the newly created Republics), what is clear is that the nature of the conflict pushes the movement in an anti-oligarchic and potentially anti-capitalist direction. This is even despite the fact that the published Constitution of the Donetsk Republic represents a reactionary step backwards in relation to the earlier Declaration of Sovereignty.