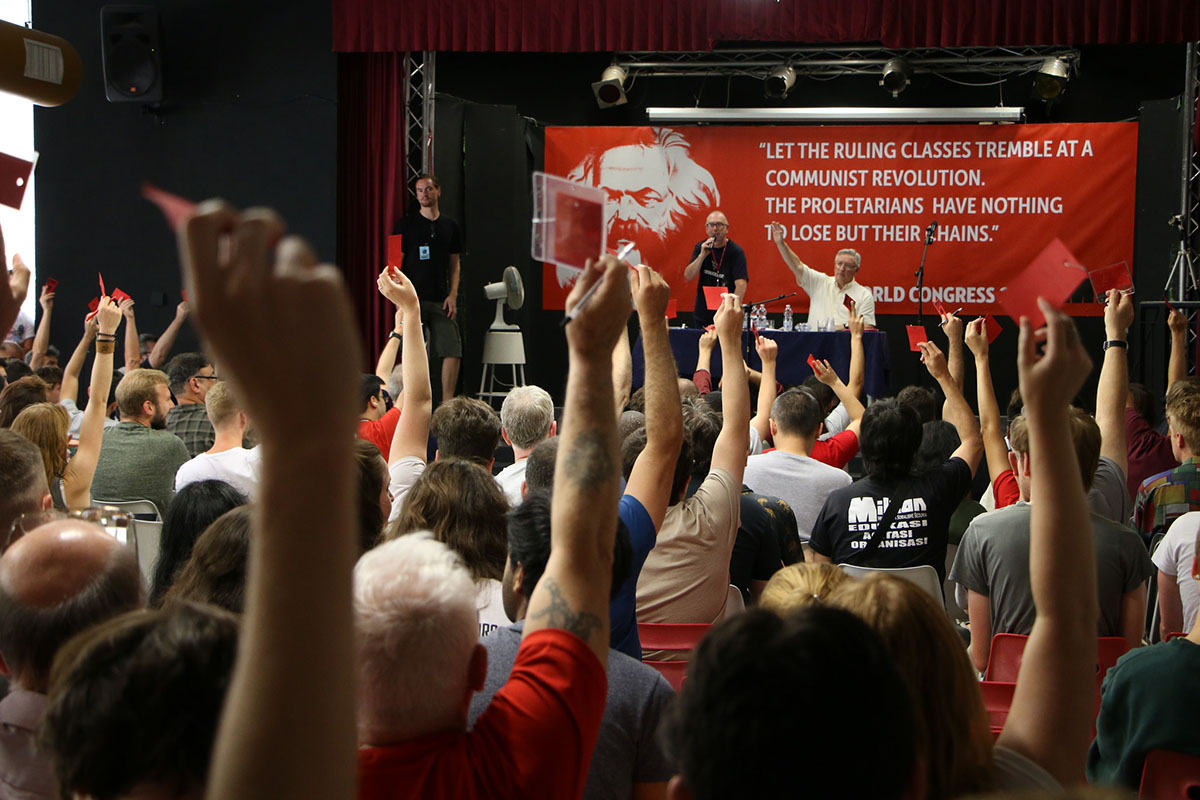 In Defence of Marxism – launched in 1998 – has become one of the world's foremost sources of Marxist theory, analysis on current events and the history of the revolutionary workers’ movement.

This has been achieved thanks to the consistent effort of thousands of Marxists throughout the world in dealing with the burning problems and opportunities for the revolutionary movement arising from the crisis of the capitalist system and the development of the class struggle internationally.

In doing so, we have consistently defended the Marxist method and revolutionary ideas against the deluge of falsifications and slanders by the bourgeois media.

In Defence of Marxism is not just a website. It is the organ of the International Marxist Tendency, a revolutionary organisation with a presence in over 35 countries worldwide. We organise in the workers’ and youth movement for the overthrow of capitalism and a socialist future for humanity!

Capitalism has reached a dead end. While a tiny minority amass obscene wealth, all over the world, we are seeing chaos and crisis unfold on a historical scale. Poverty, unemployment, war, hunger and disease are rampant and nobody seems to have any solutions. What is needed is a new society based on democratically planned production for human need, rather than production for profit. Only a revolutionary solution offers a way forward!

We base ourselves on the theories of Marx and Engels, which were developed by Lenin, Trotsky and others in the Marxist tradition. These are the only ideas that can explain all the misery of capitalist society, and also provide a guide to action in our struggle for a better world.

To find out more about us, read what we stand for in the brief document Why we are Marxists. You can also read more about the origins of the Marxist tendency in Ted Grant's book History of British Trotskyism.

If you agree with us and want to join in this struggle, join us and help put these revolutionary ideas into practice!