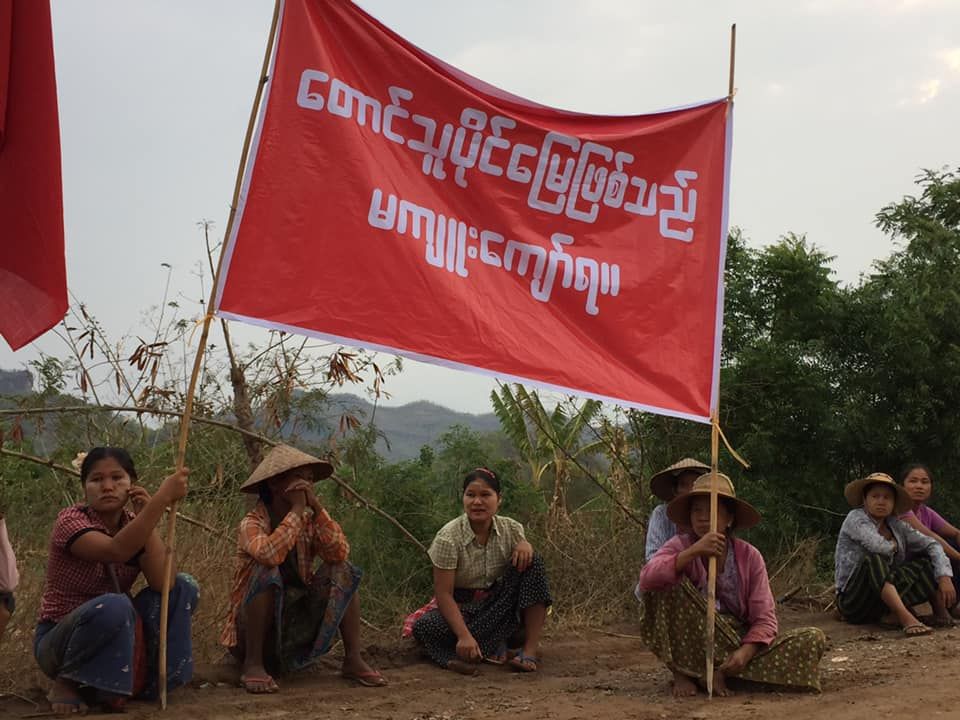 Today, In Defence of Marxism is proud to publish for the first time a number of articles in the Burmese language. They have been sent to us by the Social Democratic United Front (SDUF) in Myanmar (formerly Burma), an organisation that took an active part in the student protests against the military dictatorship, together with the Burma Federation of Student Unions.

The organisation, which describes itself as standing on the basis of Marxism-Leninism, has translated and published a number of works posted on the In Defence of Marxism website. They write:

“[The Social Democratic United Front (SDUF) accepts] the workers as the leading class and the peasants as their allies. Some youth and students, who are petty bourgeois in class nature but are subjectively class-conscious in their support for the emancipation of the proletariat, are accepted as our good comrades as well. The maximum aim of our party is to end global capitalism and build a communist society together with the international comrades. At present, the minimum aim of our party is to wage a revolution against the military bureaucratic capitalism, which relies on several imperialist countries. “The national reconciliation and peaceful protests” called for by liberal opportunist Aung San Su Kyi are not acceptable to us. We accept the class struggle as our revolutionary means.”

“[W]e believe we need a vanguard party that follows the Bolshevik line to carry on the revolution. Now we have been participating in the workers’ strikes against domestic cronies and transnational capitalists; and peasant strikes against the land grabbing of the military dictators and their lackeys. And we help to organise the workers’ and farmers’ unions. We also believe that we need to link with Marxist organisations in other countries because we consider the internationalist line to be a very important factor as well. I have read a lot of Alan Woods’ articles and owe a great debt to him for my leftist knowledge. To say briefly, we want to get in contact with your organisation and invite you to come here and make public talks in the future.”

The articles we have so far received are:

"ABC of Dialectical and Historical Materialism" by Leon Trotsky

Reason in Revolt (part one) by Ted Grant and Alan Woods

"Gandhi: The Myths Behind the Mahatma" (part one) by Ravi Mistry

"Gandhi: The Myths Behind the Mahatma" (part two) by Ravi Mistry

"Tragedy of Myanmar" (part one) by Fred Weston

"Socialism and Religion" by Lenin

This new and exciting development shows that the ideas of the IMT are reaching an ever-growing audience on a world scale. This was shown by the outstanding success of our Russian comrades in uniting the main forces of Trotskyism in that important country, and also by the very successful congress of the Polish comrades one week ago. The amount of correspondence we receive daily is increasing phenomenally. The latest news from the revolutionary youth of Myanmar will provide a new source of inspiration to the forces that are striving to build the Marxist International.

Long live the revolutionary workers and peasants of Myanmar!

Let us redouble our efforts to build the International Marxist Tendency!